The weather did not look promising Saturday morning so we decided to do our birding at nearby U.P. Diliman. Surprisingly there weren't any birds along Temple Drive. So off to Hardin ng Rosas we went. The Black-winged Stilts appeared to be increasing in number. 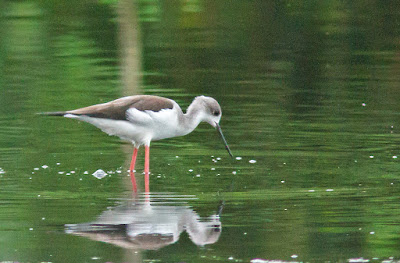 And the Common Moorhens were even bolder as they swam closer to us than our previous visits here. 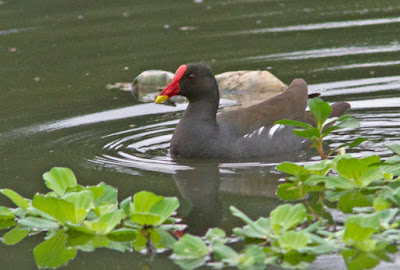 Even the Yellow-vented Bulbuls were frolicking just a few feet from us. 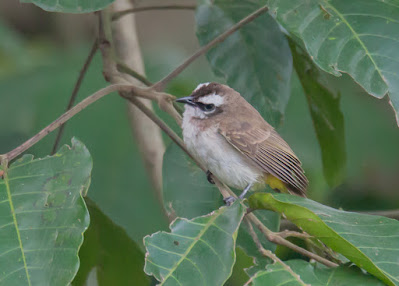 On the way out at the exact same spot where we always see them was the pair of Zebra Doves. 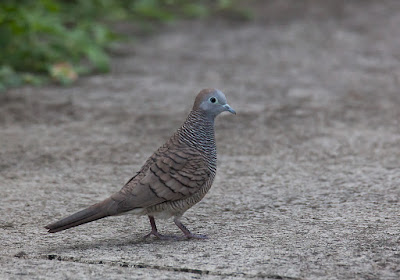 As we approached University Avenue, we were shocked at the number of cyclists and joggers! And not just there, they all over the place! Some families even enjoyed their picnics at the parking areas. And I thought "what's up with U.P. today?" Thankfully, as we turned left on E. Jacinto St, a pair of Cattle Egrets seemed unperturbed by the abundance of human activity near them. 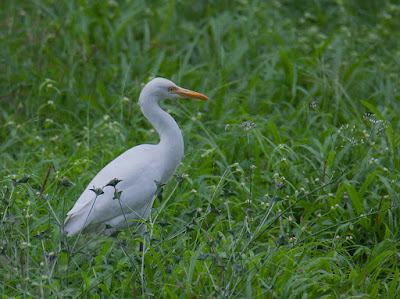 After a delicious breakfast at Rodic's (which was teeming with cyclists) we went to our usual first stop - the area around MSI building. Finally, after several sightings but not photos, this time we got the Crested Myna perched on a wire. 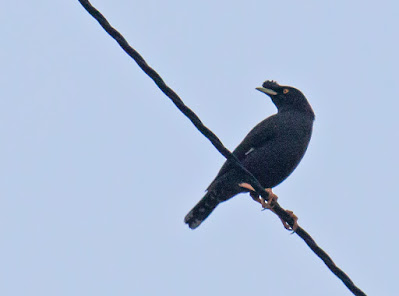 The small creek behind the building had a Grey Wagtail but it was too skittish and we never got a good shot. At the parking area, a pair of Olive-backed Sunbirds were more obliging. 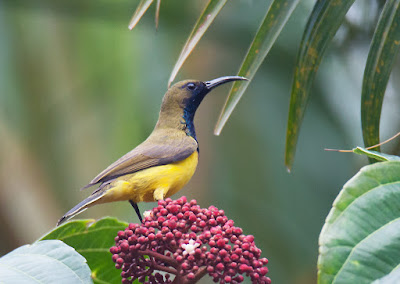 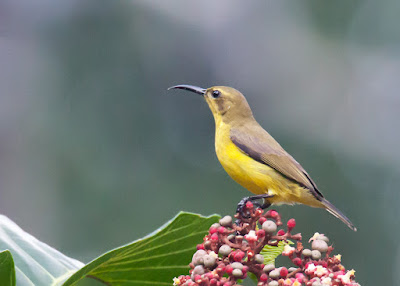 Even more friendly was the Brown Shrike. 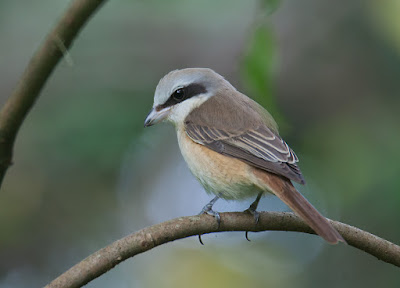 From there we went to say hello to the ever present Long-tailed Shrike at the Observatory area. 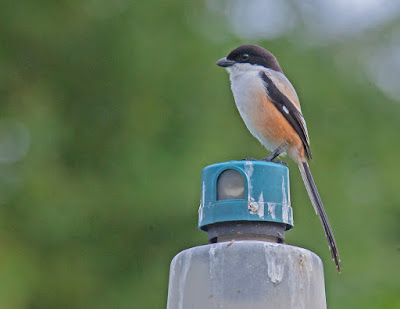 On our way back, we heard the familiar call of an Oriole. We parked our car and waited. After the awaited Black-naped Oriole showed up. 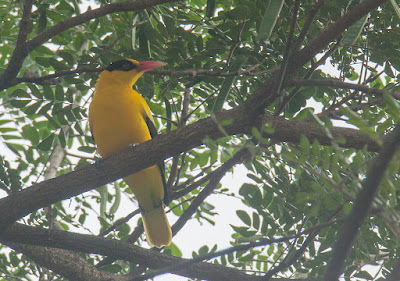 A quick trip to pond yielded only a Grey Wagtail and still quite uncooperative. 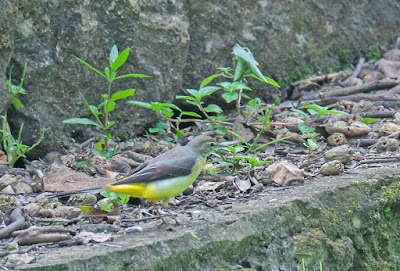 On our way back to where we parked our car, we saw a small bird perched on a wire. When I focused my camera on it, I excitedly told Cynthia, "Grey-streaked Flycatcher!" It had been more than a year since we last saw this species! 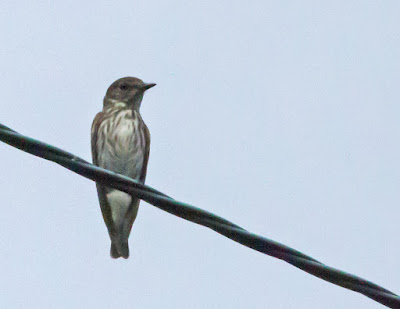 That I would say was the highlight of our birding day. As we were about to exit, we decided to do a quick drive by along Balagtas St. And there at eye level, were some White-breasted Woodswallows! 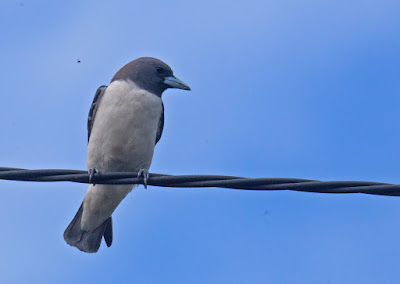 On our way home, my wife suggested we take a look at the Marikina River behind SM to see if there were Terns and Egrets. There was one Little Egret but albeit a bit too far. 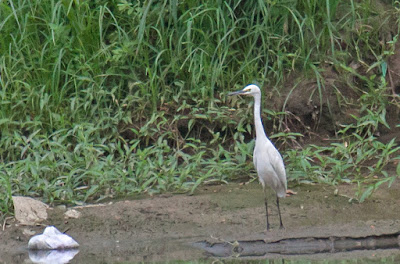 There were a lot of Terns though and it was a challenge for us to get a good BIF (Bird In Flight) shot. 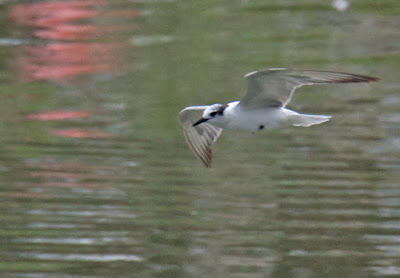 Despite the unbelievable number of people in U.P. that Saturday morning, we were glad that we were still able to get some good photos of the local birds.