It was sort of an impromptu decision to go birding in Infanta on Christmas Day. Initially our plan was to go to Baras, but being Christmas we thought that the Palo Alto would be closed to visitors. Another reason that made us decide on Infanta was that being a holiday, there would be less "traffic" particularly bikers along the way. Thankfully, our hunch was right and we arrived at our destination faster than expected.

Our birding started well with a very cooperative Flaming Sunbird enjoying the red hibiscus flowers not that far from where we stood. 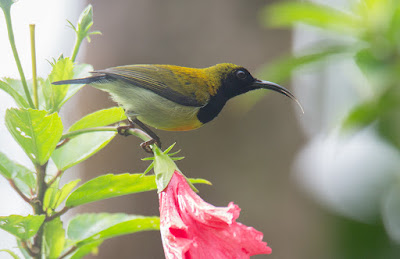 Unfortunately that was one of the very few instances we got to photograph the local avian population. We spent almost three hours birding the area from kilometer 93 to 110 and we only were able to take pictures of three other species: the Elegant Tit - there was a flock that frolicked among the trees across the street. 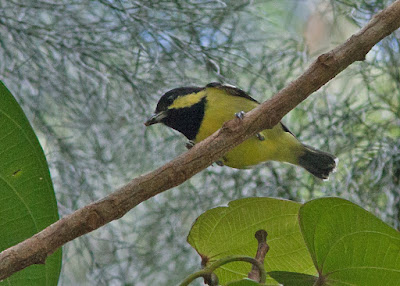 Were it not for its loud whistling, we would not have been able to see the solitary Philippine Fairy Bluebird. 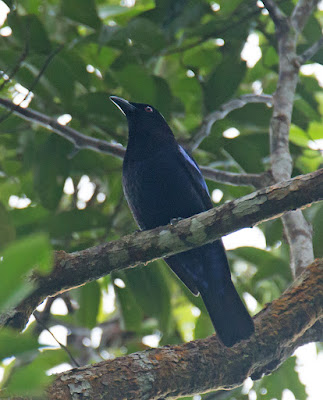 And finally, Cynthia got a few and not so good shots of a Sulphur-billed Nuthatch. 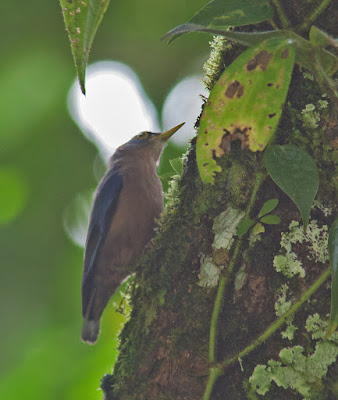 On our way back we also got some backlit photos of a couple more of the more "common" birds like the Brown Shrike and Pacific Swallow. 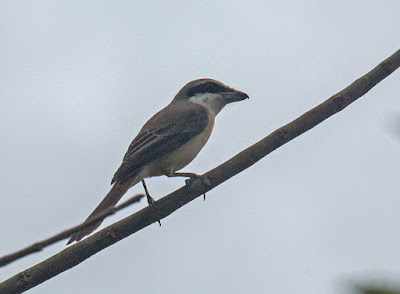 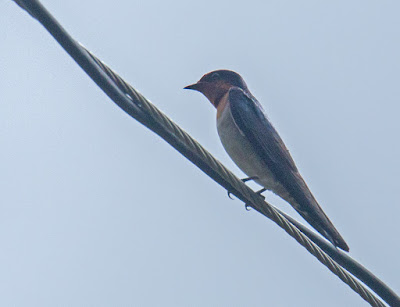 We did hear some other birds such as Flowerpeckers and Philippine Bulbuls but never had a chance to see any of them.

It was indeed a very sad and disappointing trip seeing only six species in more than two hours of birding. Most of the private places where we used to able to get in, thanks to the very friendly owners/overseers, were now open as resorts and had a lot of guests when we passed by.

As we were having lunch at The Gathering Cafe, we both agreed that it would be a while before we return to this place.

Posted by Bob Kaufman at 8:12 AM No comments: