Saturday, October 31, it seemed like all bird photographers in MetroManila are going to Tanza Marine Tree Park in Navotas City - to take photos of uncommon migrants, specifically the Pied Avocets and Black-faced Spoonbills. Take note: I said "all" bird photographers, that is except me and my wife.The main reason for that was I don't know how to get there. Surprisingly, the Waze app also does not know such park and therefore couldn't provide directions to that place.

So early morning of Saturday, October 31, Cynthia asked me where we will be birding. I replied in a most nonchalant way, "U.P. Diliman."  "Anyway, we already have photos of both of their target species," was my excuse.

Thankfully, we had a fruitful experience. After a hearty breakfast at Rodic's, we proceeded to the MSI area. Along the way, we saw a small flock of Eastern Cattle Egrets foraging among the tall grass. 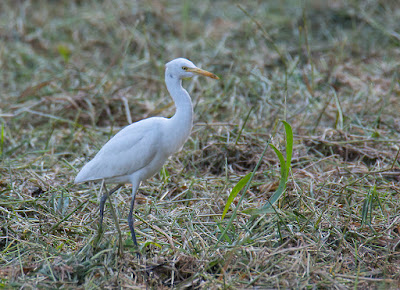 At MSI, we got some shots of the Pied Triller, Brown Shrike, and the Philippine Pied Fantail. 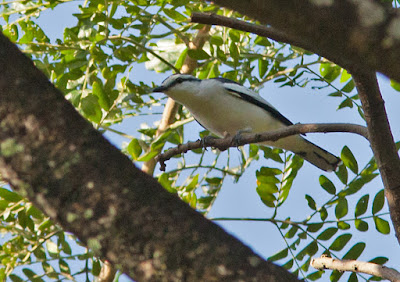 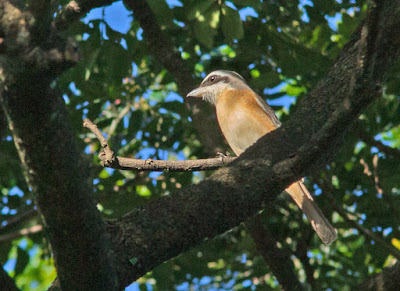 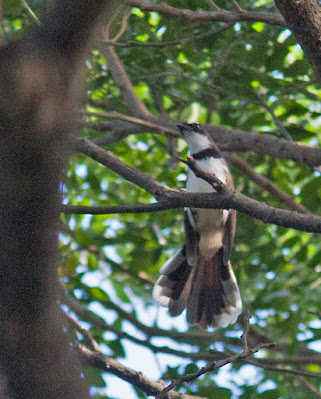 From there we went to the Astronomy Building. Along the way, a Zebra Dove popped up on the side of the road next to our car. 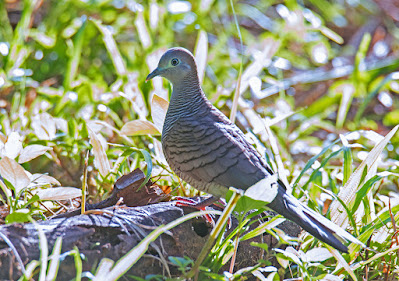 The regular resident Long-tailed Shrike was at its usual perch, however it had it back turned and I wasn't able to get a good shot. While I was trying to wait for it to turn around, my wife saw a Black-naped Oriole perched on a branch across from where the shrike was. The oriole appeared to be basking in the sun and was occasionally preening. 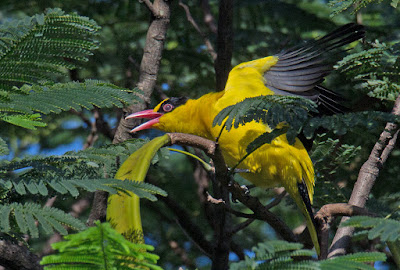 Frolicking among the branches near the oriole were some Golden-bellied Gerygones. 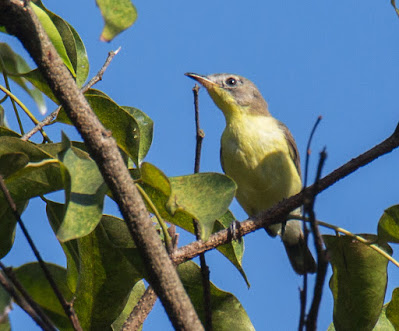 Our next stop was at the Tabuhara place. There were a couple of flowering plants where Yellow-vented Bulbuls were feeding. 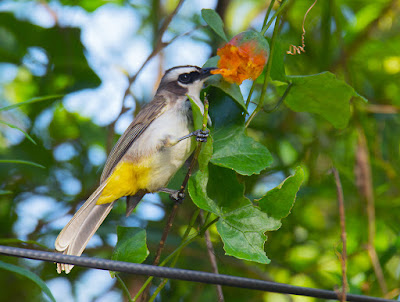 Next to it a pair of Olive-backed Sunbirds were also enjoying the yellow flowers. 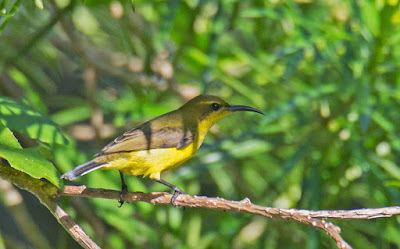 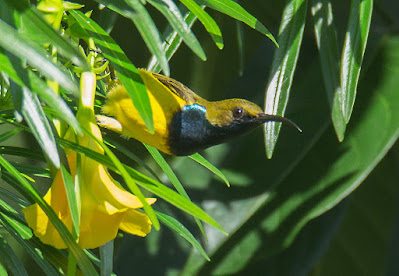 Then a Eurasian Tree Sparrow perched on an electric wire above the plants so I just had to take the obligatory shot. 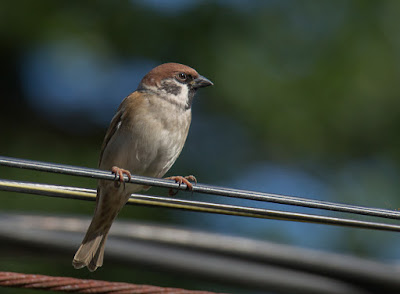 Before ending our birding morning, I suggested we go the Astronomy Building hoping that the Long-tailed Shrike would be in a better position. And guess what, it was! 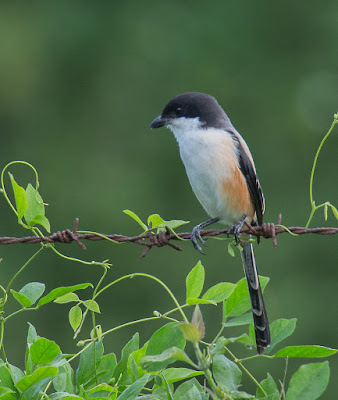 And thus endeth our birding foray for Saturday, October 31. Did we regret not going to Tanza? Nah.

Posted by Bob Kaufman at 2:13 PM No comments: