My age has been catching up on me. This 75 year old senior is now having difficulties doing long drives. That was why we recently erased Baras as one of birding destinations. Although it is only about 40 kilometers away from our place, the traffic on the return trip was quite aggravating.

Friday Cynthia promised to meet up with her daughters (and their families) who were vacationing in Tanay. It being a holiday we were quite certain that traffic would be bearable. And since Baras would be along the way, my wife and I both agreed that we could go birding again at the Palo Alto Subdivision.

True enough there were fewer motorcyclists and bikers along the Marilaque Highway and we arrived at our destination just a little after 7 am. To our surprise the very first species we saw was the Balicassiao, several individuals even! 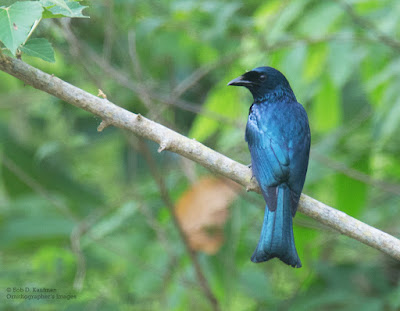 Right after that another surprise was a Scale-feathered Malkoha. This usual skulker was out in full view. 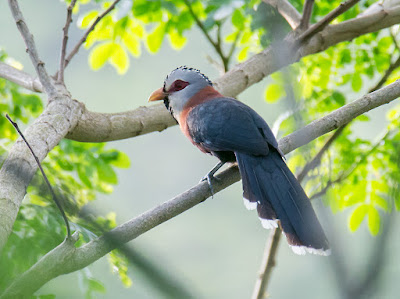 We moved on near the waterway where we saw a Green Sandpiper. 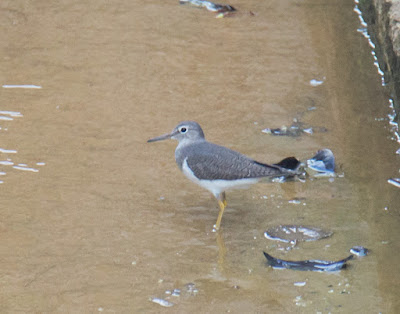 At the grassy area were the "regulars" - the Pied Bush Chats (both male and female) and the Paddyfield Pipit.

Near Jerez Street (I think it was at Ybanez St) we encountered a very rare migrant - the Yellow Bunting. The only place where we saw this species before was in Laoag, Ilocos Norte. 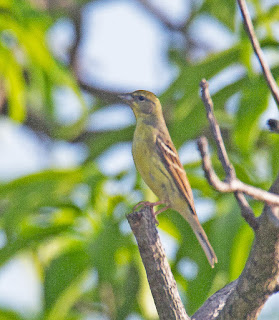 On the sidewalk, I was able to get a shot of the White-breasted Waterhen before it hid behind the bushes. 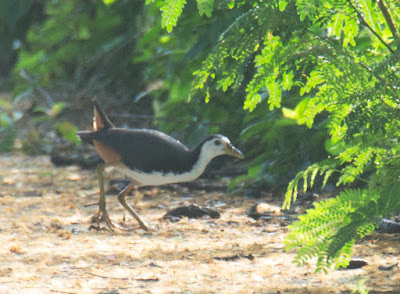 As we continued our drive, we saw two kinds of birds perched on an electric wire - A Grey Wagtail and a Brown-breasted Kingfisher.

There were zero birds near the water tank in Cancun Street except for a couple of White-eared Brown Doves feeding on the road. From there we saw another bird perched on an electric wire - a Collared Kingfisher. 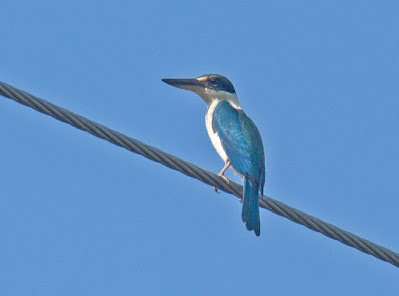 We then headed to Frontera where the Long-tailed Shrike is sure to be seen. Along the way we checked Striated Grassbird and Eastern Cattle Egret on our list.

On the way back from Frontera, we got two kinds of Munias - Chesnut and Scaly-breasted.

Passing another area of the waterway we saw a Little Ringed Plover albeit at quite a distance. 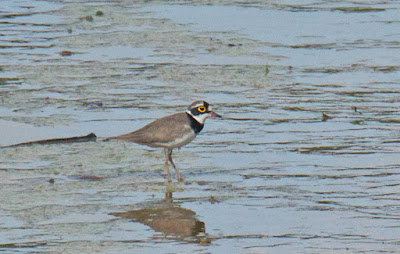 The White-breasted Woodswallows were quite active. 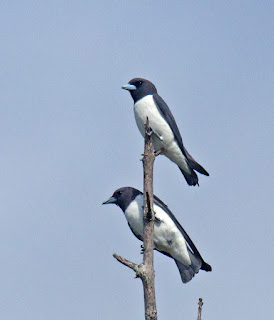 The Savanna Nightjar was still at its usual hangout. 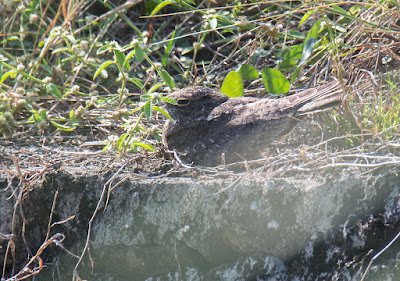 To end our birding day, we got a documentary shot of the migrant Grey-streaked Flycatcher. 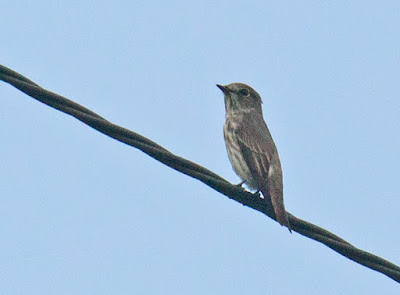 It was about half past ten am so it was time to go the family meeting in Tanay. We were so thankful that our Baras birding was quite fruitful. Honestly I am not sure if we would go back to that place again. Maybe on a another holiday?

Posted by Bob Kaufman at 3:20 PM No comments: