Lend Me Your Ears

Rain had been pouring on and off the past week. Yes, it really rains in Southern California. When the sun decided to peep through Saturday morning, we wasted no time driving off to Bolsa Chica for some photo ops. A Horned Grebe had recently been reported there and we hoped to see the bird since it will be a lifer for me.
Perhaps it was because of the recent rains that the usually "birdy" coastal lagoon was somewhat unproductive bird-wise. We decided to try the other end and was rewarded by a flotilla of ducks. I did get a lifer, in the form of a female Canvasback. We missed the more colorful male, but hey, a lifer is lifer to any self-respecting birder. As I was occupying myself taking pictures of Red-headed Ducks, a beautiful Grebe popped into view. At first I thought this was the most sought after Horned but it turned out to be an Eared Grebe instead. Not as colorful as its cousin but beautiful nonetheless with stiff yellow feathers projecting out of the side of its face contrasting with bright red eyes. 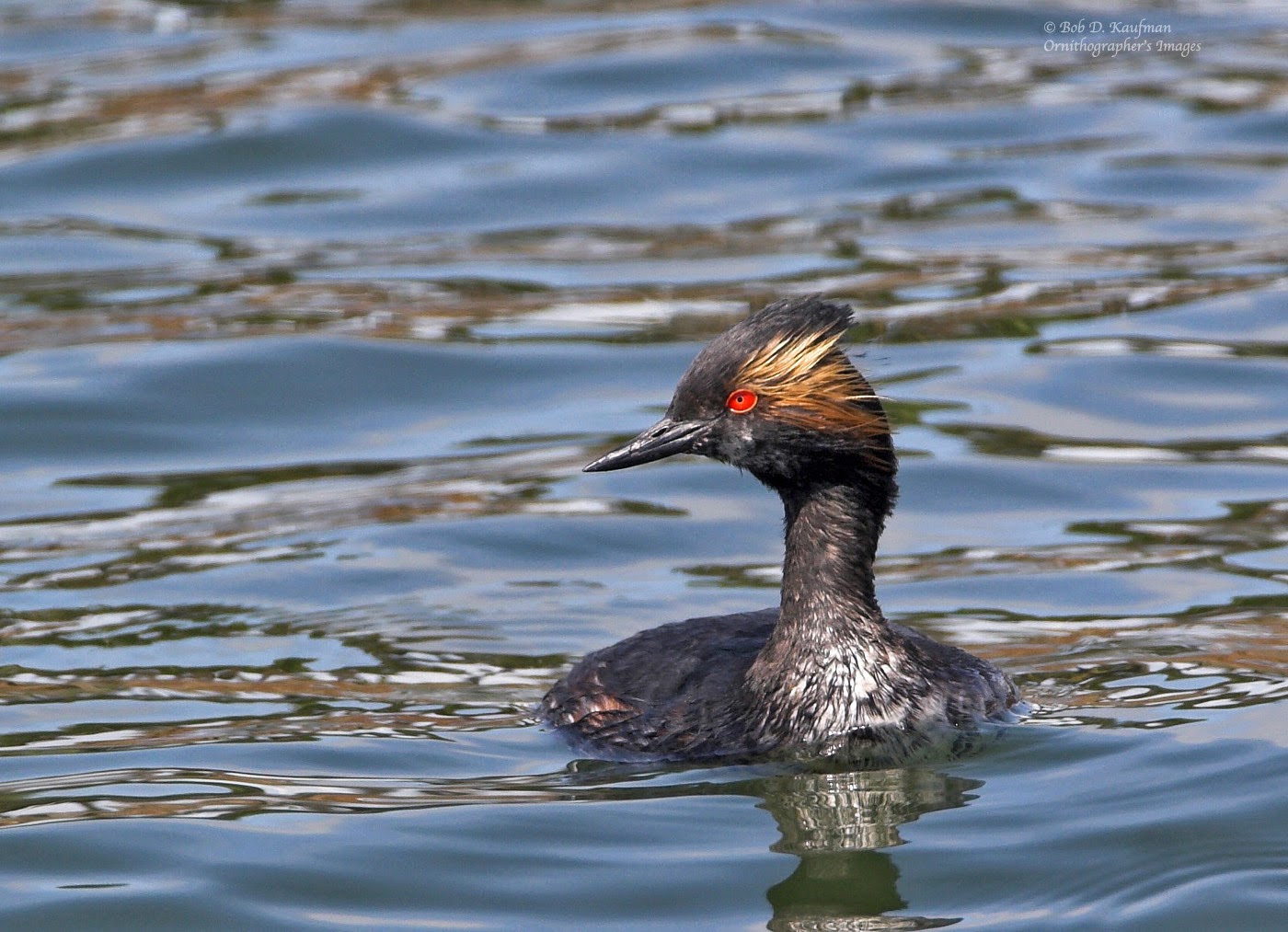 The skies darkened foreboding more rains to come and so we hastily departed for the warm coziness of home.