Our destination this day was High Island. This is a small community along the Texas coast fabled for being a migrant trap particularly in Spring. Birders from around the world make a pilgrimage to this place every April to observe the throng of migrating birds making a landfall after a long flight across the Gulf of Mexico.

Our first hour and a half yielded only a few common birds and not a single warbler. Only the loud singing of a Carolina Wren broke the doldrums that every birder was feeling that morning. 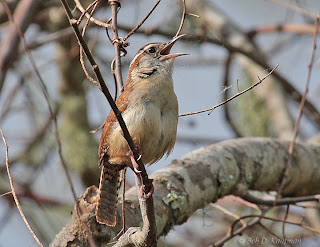 While Cynthia was chatting with some kindred folks, a birder-photographer directed my attention to a woodpecker up in a tree. At first I thought it was just a Golden-fronted, which we have already seen in the Rio Grande Valley early this year, but upon closer look through my binos, I discovered that the head was red and not golden. A Red-bellied, the photographer helpfully confirmed the ID for me. It was my 8th lifer. 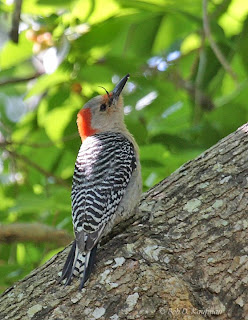 The lack of bird activity becoming quite noticeable, we decided to visit Smith Woods a couple of miles away, per recommendation of the local Audubon personnel. Be sure to check out the rookery, they suggested. The rookery was quite noisy as hundreds of Egrets, Herons, Spoonbills and Cormorants competed for space to build their nests. Interestingly, alligators were lurking beneath awaiting perhaps for an opportune moment to have an avian lunch. One bright moment was when we spotted the lovely yellow Prothonotary Warbler. 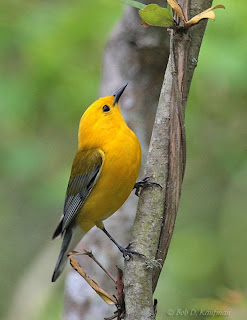 Noontime we had a nice tri-tip lunch at Mama Teresa's at Crystal Beach. Afterwards we headed out to Bolivar Flats where thousands of Avocets, 8 kinds of Terns and a multitude of shorebirds were reported seen daily. Perhaps we took a wrong turn because although we ended up on a beach, there were only a handful of Elegant Terns, a few Laughing Gulls and maybe two or three Willets populating the shoreline.


Back at High Island, birding was still agonizingly slow. It was because of the prevailing south winds, the local experts explained. The tailwind pushed the migrating birds hundred of miles inland, bypassing their normal stopping point here. Except for some Summer Tanagers, there wasn't much to see. We visited the pond where we got lucky in seeing lifer #9 - a Purple Gallinule. Not too far from it was a Yellow-crowned Night Heron. Later on, when people were trickling out, we tried the photographer's blind, where finally, we got some decent shots of an Indigo Bunting (lifer # 10) 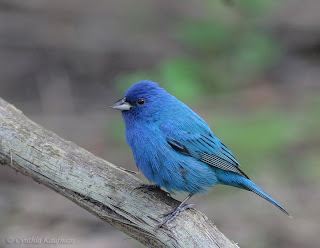 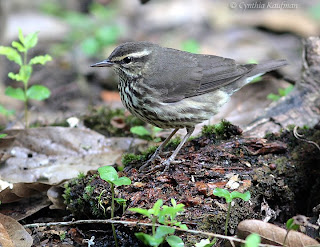 A Hooded Warbler posed obligingly as it bathed at the drip. 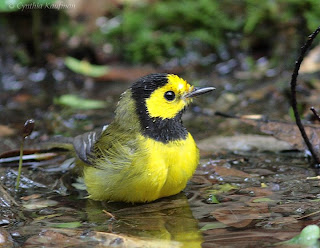 Soon even the drip was no longer hosting any avian visitors. Reluctantly, we left the blind only to encounter lifer #12, a Scarlet Tanager high up over Purkey's Pond. 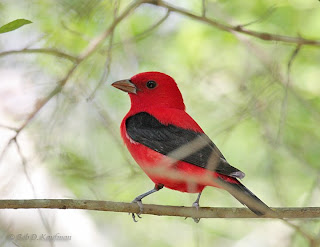 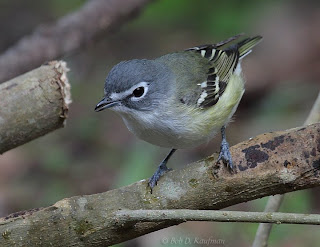 At the parking lot, we were greeted by the mournful "Hoo-hoo" of a Eurasian Collared Dove.

We arrived Beaumont a little after seven. Even the delicious Vietnamese dinner that we had did not diminish the fact that we only added six lifers today. It was quite a disappointing day.