It was only eight o'clock in the morning and we were already drenched in sweat. And to think that we were in a rural area surrounded by tall trees. In January! - supposedly one of the colder months. But that didn't deter us from fulfilling our purpose in visiting this place - to take photos of the birds here - as we had done many times before.

Perhaps it was the intense heat of the day that we missed some of the species we hoped to photograph - such as the Philippine Drongo-Cuckoo, the Common Kingfisher, the Savanna Nightjar, the Brown-headed Thrush and the Black-naped Monarch (which our friends, Adri and Trinket Constantino and June Osano told us they saw earlier.)

But that didn't mean that our birding was a total failure. We got quite a number of photos of the local birds. Some even better than those we had taken in our previous trips in Baras. Our day started well as a flock of Ashy Minivets were very active so early in the morning. 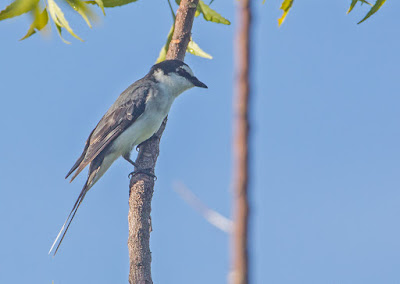 Even the White-eared Brown Dove was not as skittish as before. 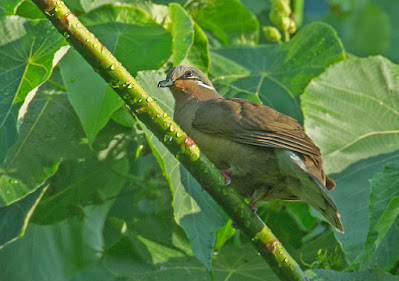 The Stripe-headed Rhabdornis was out in the open perched on an electric wire. 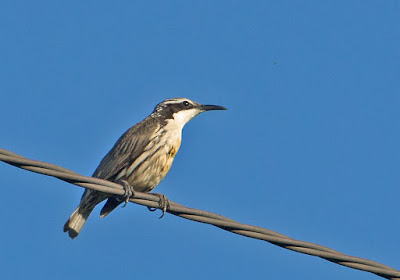 And the Philippine Hanging Parrot was still feeding on the African Tulip tree. 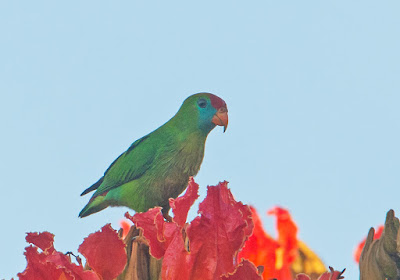 Another species that came in flocks was the Blue-throated Bee-eater. 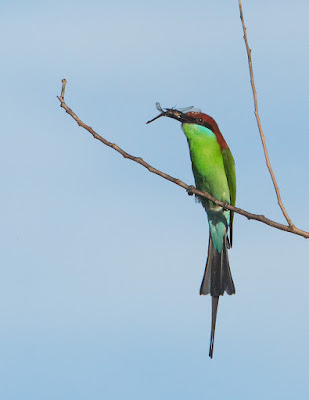 A surprise was a Coppersmith Barbet. Although we heard its call many times before, this was the first we saw it out in the open. 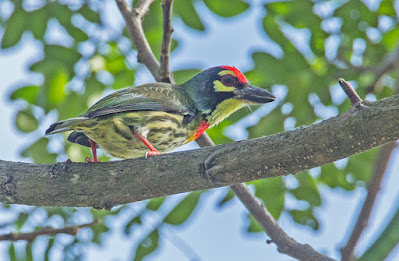 Of course, we had to take obligatory shots of the "common" birds here: The Grey Wagtail.. 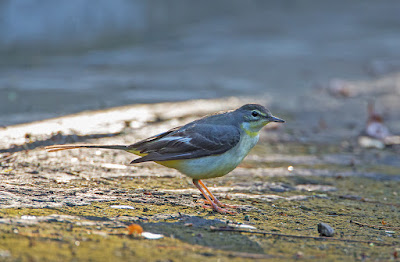 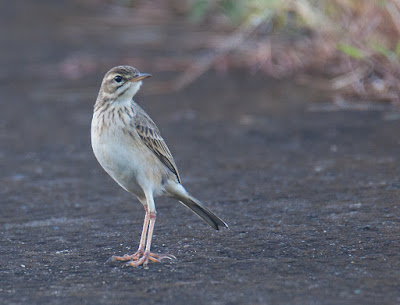 ..and the Pied Bush Chat. 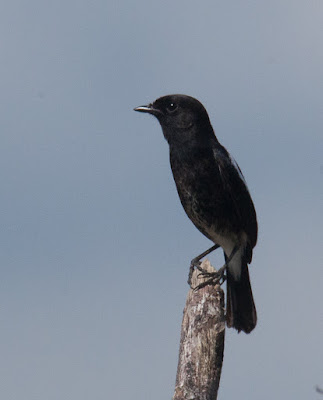 About 11 am and the heat had become more unbearable. Time to pack up and hope that traffic wouldn't be horrendous on the trip home. (Sadly, it was.) 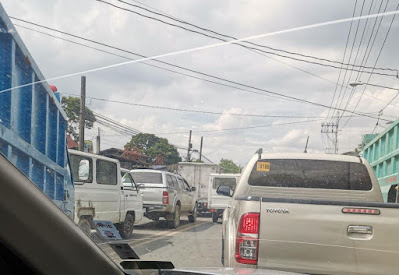