Me: Remember the overstaying Brown Shrike we saw in U.P.  early this month but we didn't have a camera then?

Cynthia: Yes, what about it?

Me: Remember I told you we would come back and take pictures of it?

It was nine o'clock Monday morning - an unusual time to go birding, especially with the ongoing heat wave. Perhaps it was the boredom of being cooped up in our condo that made be do such an impromptu decision. Thankfully, my wife agreed.

Off to U.P. we went. Our first stop, of course, was the parking of the MSI (Marine Science Institute) where we saw the Brown Shrike. It didn't take long for us to see our target bird. The photo I got could be perfectly captioned as "Were you looking for me?" 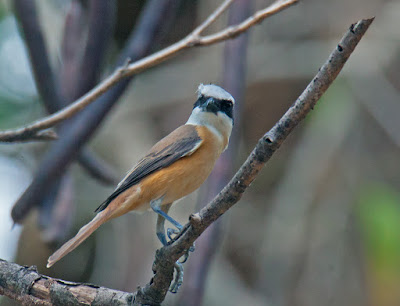 From there we went to the Astronomy area to look for the Long-tailed Shrike. For the longest time, seeing this species here is a guarantee. However, this time it was a no show. I thought that was strange and hoped that it was still alive and thriving elsewhere. What we saw, and quite unexpectedly, was a friendly Collared Kingfisher. 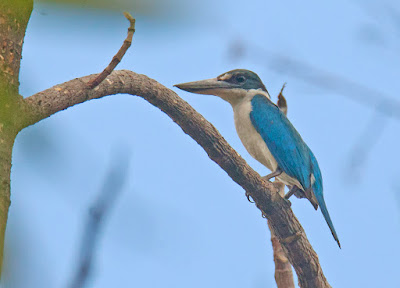 Another surprise was a few White-breasted Woodswallows. This was the first time we saw them in this place. 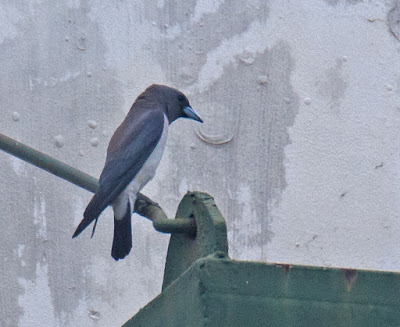 Of course, the uber common Yellow-vented Bulbul was frantically calling our attention to take a shot at it. 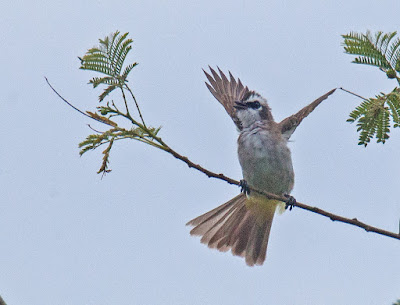 Also nearby was a pair of Zebra Dove, which surprisingly, were skittish that we only got a documentary photo of one of them. 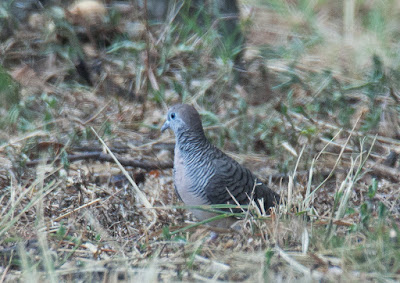 We returned to the MSI and got even got better shots of the Brown Shrike. 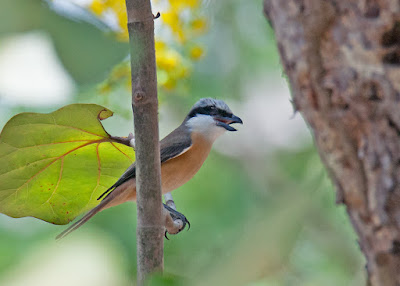 And an obligatory shot at the Eurasian Tree Sparrow. 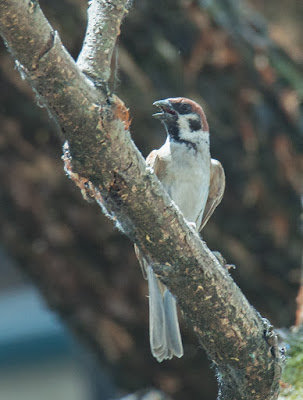 Then we heard the repeated calling of a Black-naped Oriole. I located the source of the sound and even got a good photo of the Oriole. 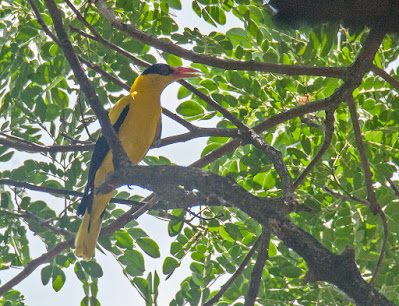 Cynthia, on the other, heard the pecking sound of a woodpecker. She eventually saw the tiny bird and we got a good enough image of the Philippine Pygmy Woodpecker. 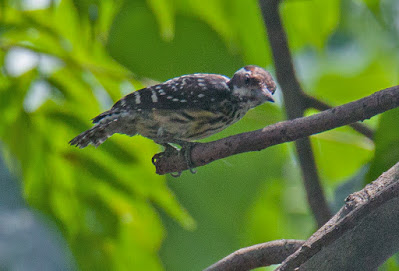 Happy that we saw and photographed a good number of birds, we both agreed that it was time to go home. As we were leaving, Cynthia suggested we pass by the Temple Drive hoping we would see some birds there. Unfortunately, the grass where the Munias feed had been cut down. As we were about to get back to our car, my wife said, "There's a Myna behind the fence just in front of us!" I looked and voila! That was the best picture of the day and an exciting end to our impromptu birding. 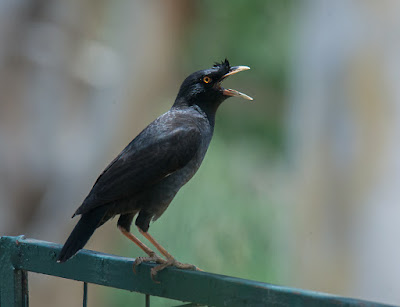