To be honest, the reason I told my wife that we're going birding at U.P. Diliman, was because I wanted to have breakfast at Rodic's to enjoy the best Tapsilog there is. But before reaching our destination, we decided to stop over at the Hardin ng Rosas. We were surprised to discover that the pond was almost completely covered by vegetation! The Black-winged Stilts were gone and we didn't see any Moorhens also. Thankfully there were two immature Black-crowned Night Herons there. 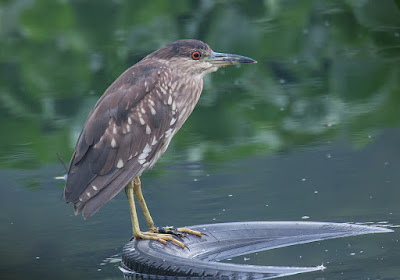 We arrived at Rodic's just as they were opening. Inasmuch as they don't allow on-site dining yet, Cynthia and I both agreed to savor our breakfast at the parking lot of the MSI Building. Unfortunately, there were a few birds there and we noticed the Security Guard cordoning off some parts in the area. After breakfast off we went to the Astronomy place. The resident Long-tailed Shrike was there of course! I think there were two individuals even. 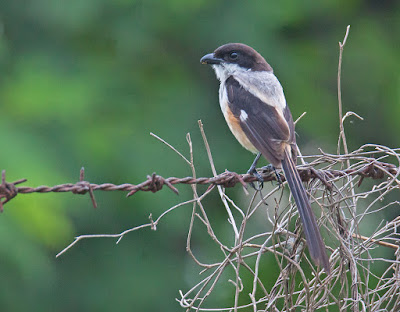 Behind the fence, three Collared Kingfishers were at their usual perch. 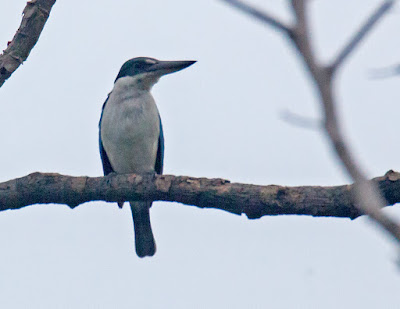 There were also a couple of Crested Mynas on the roof of the building. 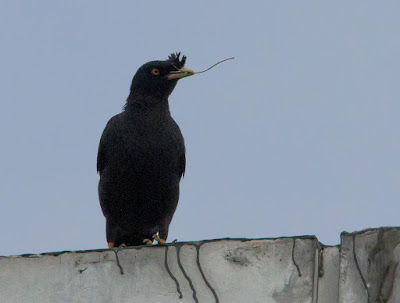 As we were leaving and passing by the Genome building, we saw some Orioles frolicking about. I quickly parked the car and we were so excited  photographing a family of Black-naped Orioles at such a low level! 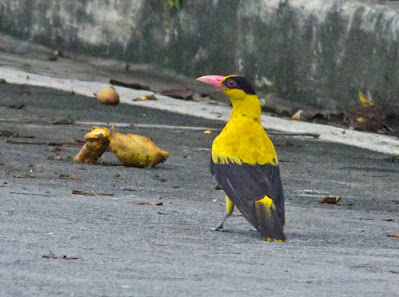 Other than these species, there weren't that many birds which was fine with us. After all we went to U.P. just for the Tapsilog at Rodic's.