Friday night and Cynthia and I still haven't talked about any plans on where to go birding on Saturday. Early Saturday morning as I was preparing coffee to go along with our breakfast which I'm quite certain will be not in our condo, my wife looked at me in the eye.

"Any suggestions on where to go birding?" I asked her.

It's just so amazing that we think alike because that was what exactly I had in mind as well.

So off to U.P. we went but, as we also both agreed, we had to pass by the Green Meadow/Temple Drive area to start off our birding. Our first stop was at the waterway next to a subdivision along Green Meadows Avenue. Recently a small store was set up beside it which prevented the local Little Egret from visiting the area. However that morning, the store had not been opened yet and when I looked at the waterway, behold! not just one but five Little Egrets were frolicking there! 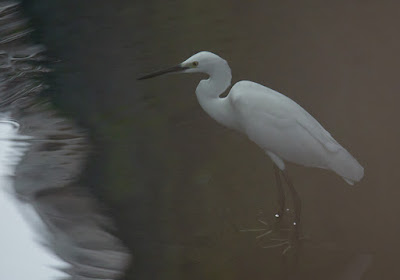 That was a good start to our birding morning! From there we proceeded to the parking area of the Christ the King Parish church. We saw a Philippine Pygmy Woodpecker perched high on a bare tree. Lighting was so bad that I only got a so-so photo. 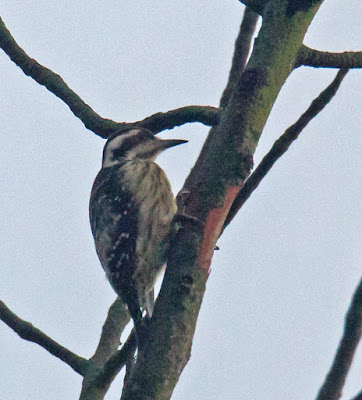 Unfortunately, that was the only bird we saw, other than the resident Zebra Dove. 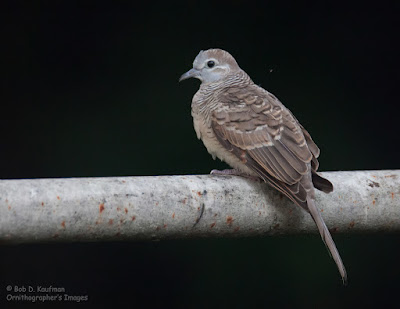 Our next stop was along Giraffe Road where a flock of Crested Mynas were on the electric wires. 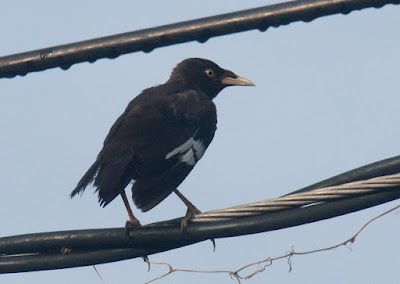 From a distance was a Long-tailed Shrike basking in the morning sun. 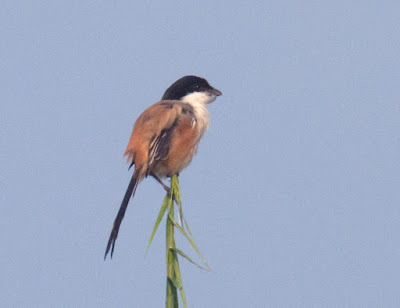 Also along Giraffe Road a Collared Kingfisher was also perched on a bare tree. 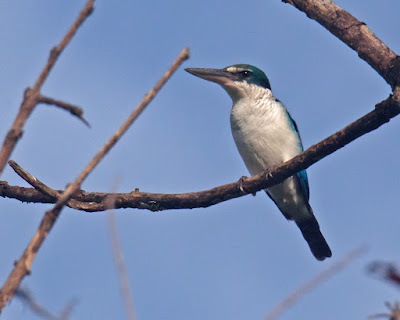 At Temple Drive at the usual spot we were glad to see a flock of Chestnut Munias feeding on the grass stalks. Surprisingly a few Scale-breasted Munias were with them. 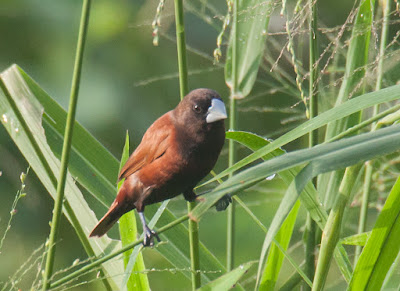 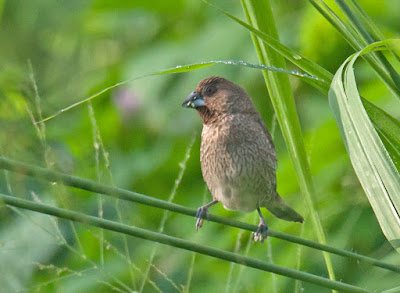 The pond at the Hardin ng Rosas was filled with vegetation so not a single bird was there. On the way out we saw the local Zebra Dove. 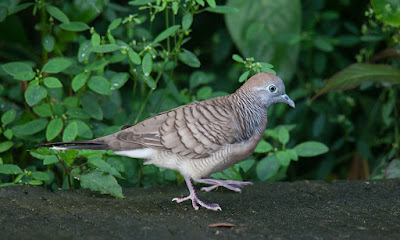 Not far from it we saw a migrant Grey-streaked Flycatcher. 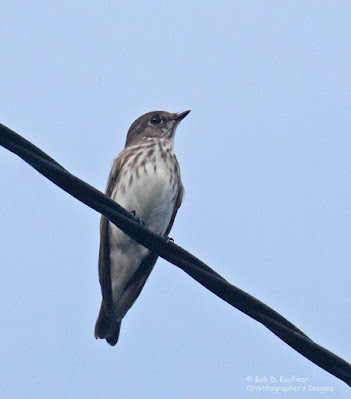 As we entered the grounds of U.P. a flock of Eastern Cattle Egrets landed just beside the road. 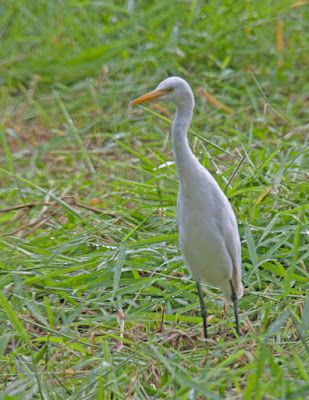 We parked at the MSI area where we intend to have our take out breakfast from Rodics. But before we were able to do that, Cynthia heard the call of an Olive-backed Sunbird. We easily found it as it fed on some flowers at eye level. 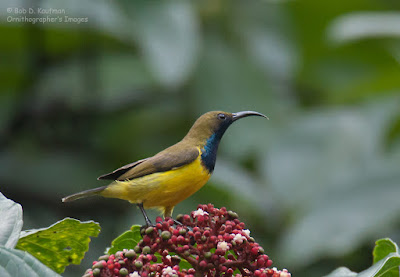 At the Astronomy area the Long-tailed Shrike was nowhere to be seen. Instead the bully Brown Shrike was there albeit quite far. 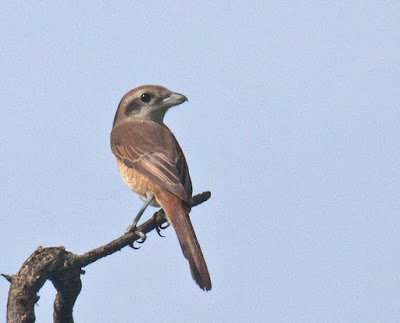 An unexpected sighting in this place was a Striated Grassbird. 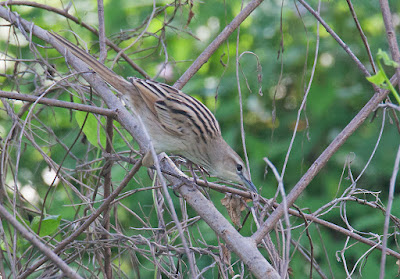 Not seeing any more species in the U.P. Campus, we both agreed to go the Marikina River. We were surprised to see an immature Barn Swallow perched on a wire just a few feet below us. 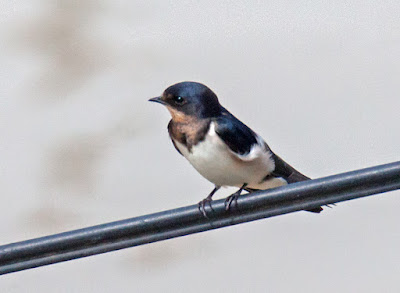 Of course, the main reason why we went to this place was to once again practice our BIF (bird in flight) shots of the Whiskered Terns. 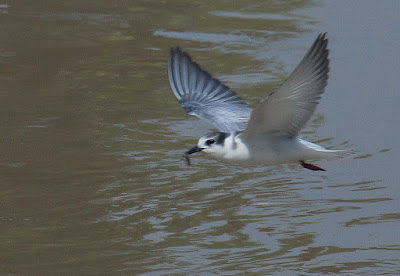 Another surprise was when a Striated Heron flew to the other side of the river. It was so sudden and unexpected that I only got a documentary shot. 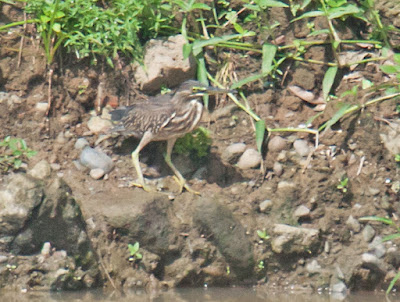 As Cynthia would say, "we already got our quota" so we both agreed to call it a day.