With a Little Help from Friends

Saturday we were at Palo Alto in Baras. Our first destination was at the clubhouse parking lot hoping to see some Philippine Hanging Parrots. We were not disappointed. There was a pair foraging among the red flowers. Unfortunately lighting wasn't that good as it was quite gloomy that morning. 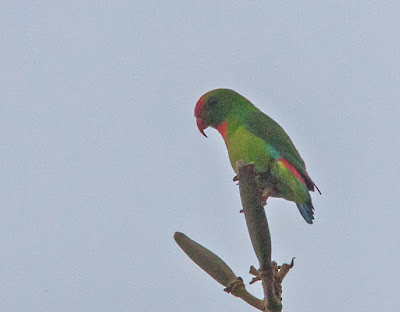 From there we proceeded to the hill where the Blue Rock Thrush can be seen. And there it was at its usual perch on top of the rocky hillside. 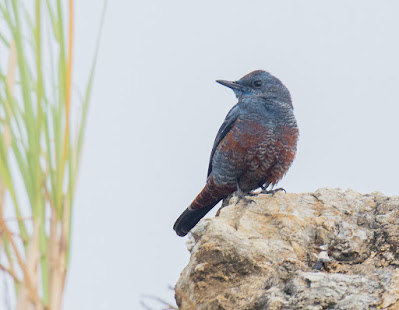 Our next stop was at the area where the Long-tailed Shrike is a sure sighting. It wasn't there! As we turned back, it showed up, perched on a tiny branch for a little while, and then flew off. I managed to get only one shot! 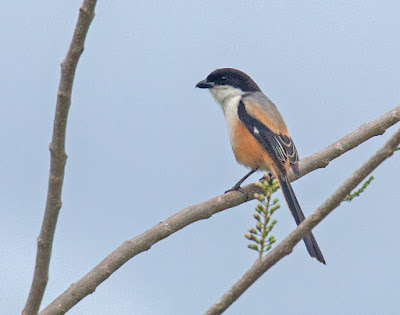 On our way out of the Shrike territory we got good shots of a female Pied Bush Chat and an Eastern Cattle Egret. 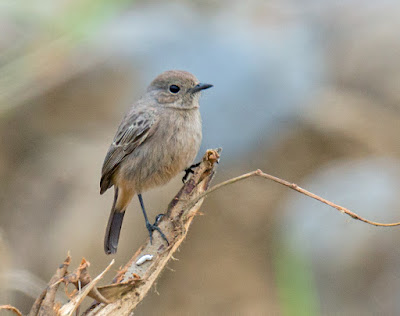 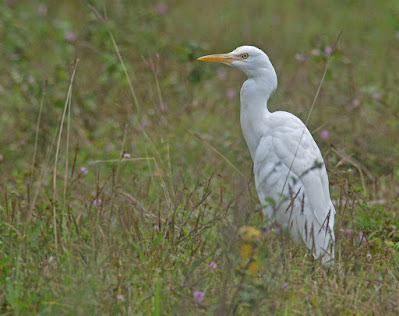 Along Palo Alto West road, we chased a White-throated Kingfisher as it would fly off as our car approached, perch for a while, then fly off again as we came near. Eventually it stayed long enough for me to get some passable photos. 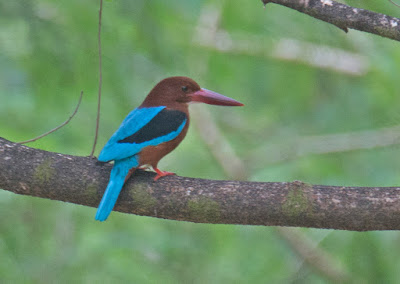 We drove towards the creek area and along the way there was a male Pied Bush Chat hunting for insects. 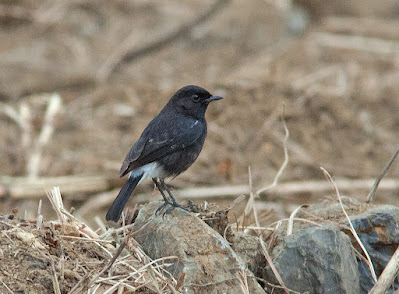 At the creek, I got a long distance shot of the Green Sandpiper. 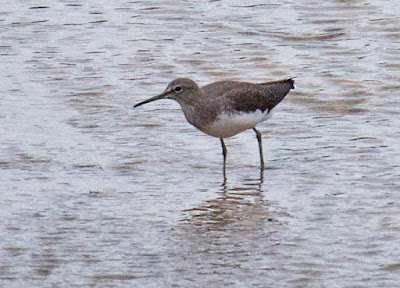 We both agreed that it's about time we go for the Savanna Nightjar. There we saw friends Loel Lamela and Bert Madrigal. They were so kind to help us get some really close up shots of our target species. 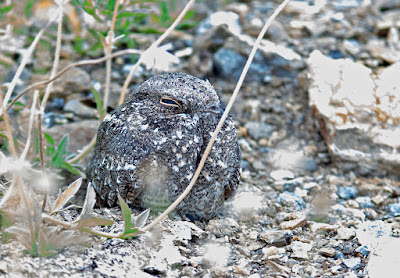 Not far from the Nightjar was a pair of Little Ringed Plovers! 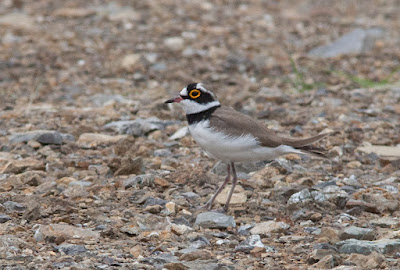 Thanking our friends profusely we told them that we would be exploring the other parts of Palo Alto. This time we would be looking for the ubiquitous Paddyfield Pipit along the road. On the way  we encountered a Spotted Dove. 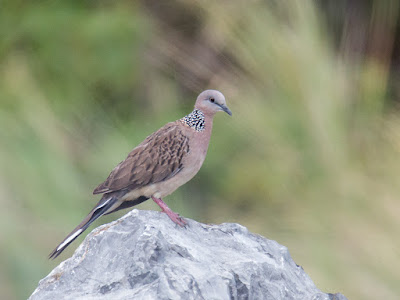 As expected the Pipit was at its usual hangout. 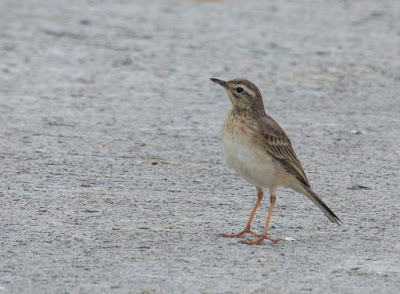 Inasmuch as the weather was now better with the sun finally out, I told Cynthia that we will go back to the Blue Rock Thrush to get better pictures. 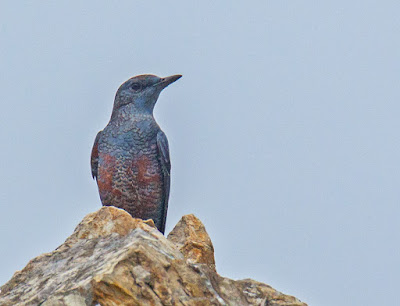 There we met friends Elmer Budomo and Christopher Ferrer. They asked us if we've seen the Philippine Cuckoo Dove. We said no. They told us to follow them and they will take us to where that species can be seen. We parked at a nook and they led through a short trail. There we met Trinity Gatuz, another birder friend. Elmer pointed at the fruiting Malapapaya tree and informed us that that was where the Cuckoo Doves (note the plural) come to feed. We didn't have to wait long as several individuals came and enjoyed the red berries. 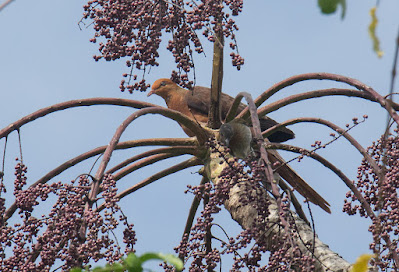 Having gotten enough shots, we bade our friends goodbye and thanked them for their kindness.

"You know what we still haven't gotten a picture of? Grey Wagtail!" I told my wife. And guess what, as we drove toward the rotunda, a Grey Wagtail posed for us. 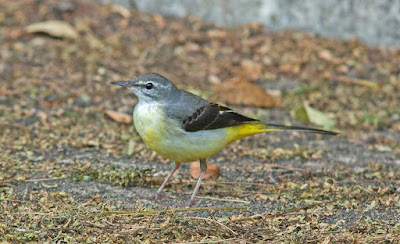 As I mentioned earlier, weather had improved so I suggested to Cynthia that we make a visit to the clubhouse before we go home. Feeding on the red flowers was a Striped-headed Rhabdornis! 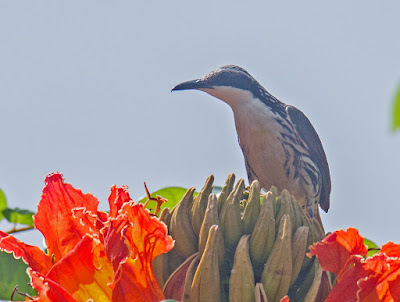 Of course, the Philippine Hanging Parrot was still there. 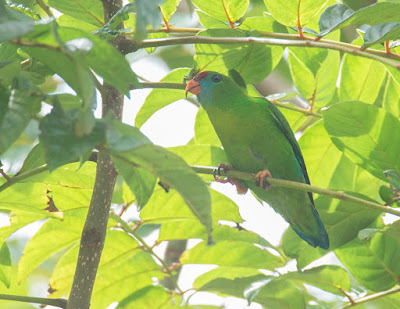 That was the grand finale of our birding trip to Baras. Thanks to our friends, we were able to get some pictures that most likely we would not be able to on our own.