Greys Are not to me -Episode 2 (I feel pine) 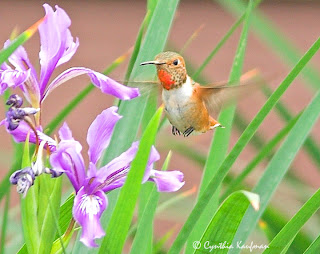 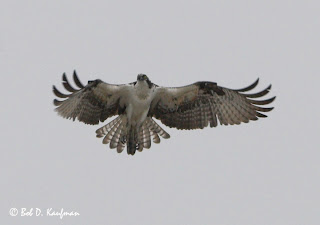 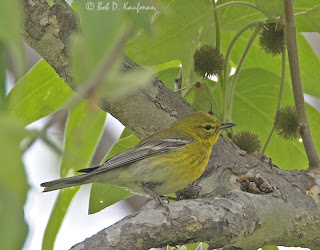 For the third weekend in a row, the skies were grey. Last Saturday, March 31st, we purposedly stayed at home. The weather was bad, I was dead tired from Friday's work and Cynthia was suffering from allergies. But Saturday, April, 7th, gloomy skies or not, I needed a "fix". I have to go birding! For the past week, I have been having pain on my neck and shoulders and my eyes were burning like heck. But communion on the night of Good Friday miraculously took all that away! Saturday morning, I was rarin' to go.

So we went. There were some recent postings of sightings of a Pine Warbler in Orange County. Sibley's Guide to Western Birds says that Pine Warblers are: "Very rare visitors from eastern North America." If that was not incentive enough, I don't know what is.

Estancia Park in Costa Mesa is a very well maintained public area with tall pine, eucalyptus and sycamore trees. Perhaps it was due to the inclement weather that there weren't many people there when we arrived. We decided to just bring Cynthia's camera first while we check out photographic possibilities. It wasn't long before we met a couple of birders. Tom Wurster and Liga Auzins from Monrovia helpfully pointed out our quarry. This was one of the easiest rare birds that we have encountered. Time to get the heavy artillery, I told Cynthia.

Grey skies nothwithstanding, we were able to get some pretty decent shots of Dendroica pinus. It was only after we had our fill of shooting the yellow-green warbler, that we turned our attention to the other avian denizens of the park. Western Bluebirds were there. Throngs of Western Kingbirds and a few of their more colorful cousins, Cassin's Kingbirds (that was an unintentional pun), were playing on the pine tops. The common Starlings and House Sparrows were of course everywhere. Then Cynthia called my attention. "What bird is that?" pointing to a black and white bird foraging in the inner section of a leafy oak tree. "Black-throated Grey Warbler", I told her seeing the tell-tale black throat while looking through my binoculars. Another uncommon bird, but one we unfortunately did not have good shots of.

With Estancia Park having nothing more to offer photography-wise, we moved on to San Joaquin Wildlife Sanctuary. Even though the birds we saw were the same birds one would expect to see here, most of them are donning their much more colorful breeding plumages. The dowitchers, once brownish grey were now buffy-orangey. Ruddy ducks were now sporting blue beaks and their feathers were now, well, more ruddy. A nice bonus was a Bonaparte's Gull with its whole head now all black unlike a month ago when there were just small black patches there.
While Cynthia was doggedly trying to get a picture of a Marsh Wren which was singing its heart out, I moved over to the adjoining pond where I was able to at last capture an Osprey in flight. Something only my dear wife has accomplished well before.

It was way past noon and the grumblings of my stomach now matched the grumblings of my frustrated wife - she was unable to get a good picture of the elusive wren despite patiently stalking the tiny bird for close to an hour. I very tactfully requested that we should now leave and have a much-needed meal.

When I emerged from a short trip to the restroom prior to our departure, I found my wife grinning ear-to-ear and doing a quaint little jig. "I got an Allen's Hummingbird in flight!," she exclaimed. And there I was, ready to announce that I just had a nice picture of a raptor in flight that would be at par with her own endeavors. But it was through common sense and good judgment, not to mention a great love for my better half, that I withheld making known my accomplishment in favor of a new, albeit better, feat that Cynthia has done.

She felt so good that she said lunch was on her. Silence has its rewards.