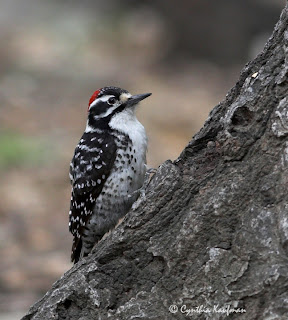 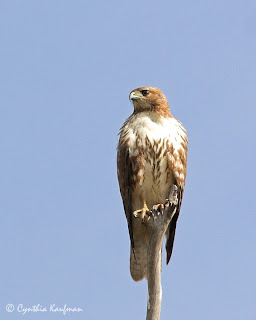 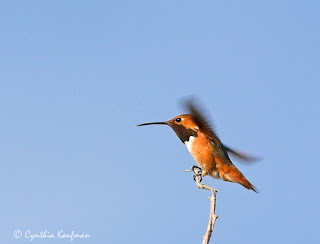 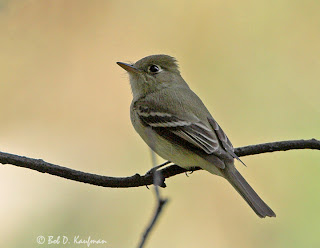 Gas prices continued to soar, limiting our sorties into places closer to home. Hansen Dam was such a place - about 15 minutes away (driving at 80 mph ). Our target species was the Calliope Hummingbird - the smallest hummingbird to occur in the United States. Perhaps it was the dry spring season that we were having because the yellow flowers that these birds adore were not yet in bloom. No yellow flowers, ergo no Calliopes. Nevertheless, it was still quite birdy at the dam even if the avian population were the usual suspects. The Scrub Jays and California Towhees were darting back and forth right next to the parking area. There were hummingbirds,too - Anna's and Allen's were well represented as well as a few Black-chinneds.

Red-winged Blackbirds were competing with Great-tailed Grackles for prime real estate to serenade the opposite sex. We even saw a silky black Phainopepla.


After doing our rounds of the place, and it being close to 10 am, we decided to pack up and get ready for our next destination, Placerita Canyon. On the way to the Jeep, Cynthia suddenly exclaimed, "Oh my, God!" Concerned that something happened to my wife, I turned and found her shooting eargerly at the Red-tailed Hawk elegantly perched at the top the tree in front of her. Needless to say I joined in the fray, ocassionally shifting my camera at the Kingbirds frolicking on the grass below. Eventually the hawk flew off and before we reached our vehicle, we were granted good views by an uncommon Ash-throated Flycatcher.

Placerita Canyon was quieter than when we last visited the place. No Rock Wrens this time, but we did get a glimpse (but not a photo) of our first Black-headed Grosbeak of the season. One of the highlights of the day was that we got some good shots of the furtive Pacific Slope Flycatcher.

It was, once again, on the way back and passing through the picnic area that we were treated to a bird buffet, as it were. Feeding on the ground were Juncos, Towhees, Oak Titmice and Sparrows. As Cynthia was crouched trying to get an up close and personal view of a Golden-crown, I gently called her attention and directed her to her left at the base of the tree a few feet away, There, a Nuttall's Woodpecker was patiently trying to crack an acorn, oblivious of the people around. (There were picnickers with young children not too far from it.)


Who says you have to drive far to get good-looking birds?

Connecticut actually had it's first Calliope Hummingbird this past fall.-I usually don't travel far to do my birding.I don't mind hitting some spots repeatedly.
-Nice photos all the way through.-I'm not a photographer but get lucky with my point and shoot once in a while.

Your pictures are amazing! I've just started a birdwatching blog myself, which I'll be updating with pictures of Ohio birds, but already the quality of yours eclipses them! Nice work!