It was our first time to go birding in Australia. First time south of the equator even! Naturally my wife and I were very excited hoping to garner lifer upon lifer. Looking back, we wished we had allotted more time than our originally planned 6 day stay. Nevertheless, it was an awesome experience!

Not everyday of our stay was spent birding. Our weekend was in the company of dear friends with just a little bird watching on the side. Monday, our last full day in Sydney, was in the hands of a very efficient bird guide, Andrew Patrick, of Zest for Birds Tours.

Instead of doing a day-by-day narrative of our bird photography experiences and also considering the number of birds we saw and photographed, please allow me to just make some sort of a summary.

The most common birds one will encounter in the parks around the Sydney area (and there are quite a number of said parks) are these:

Arguably the most common species is the Noisy Miner (Manorina melanocephala). They're practically everywhere - even in the urban places. 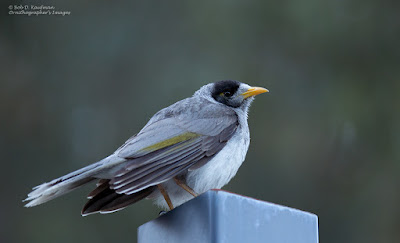 Another bird easily seen and heard - they have loud screeching calls - are the Sulphur-crested Cockatoos (Cacatua galerita). It's so comforting to know that these species are so abundant here in Australia and so used to human presence whereas elsewhere they are considered as priced caged birds. 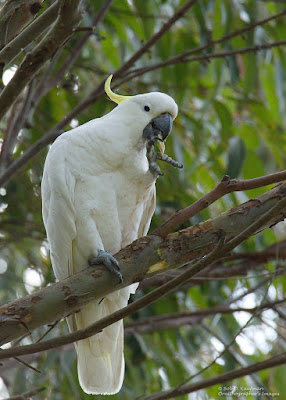 Interesting to note that other members of the Cacatuidae family are also very tame and common at parks and suburban residence areas. 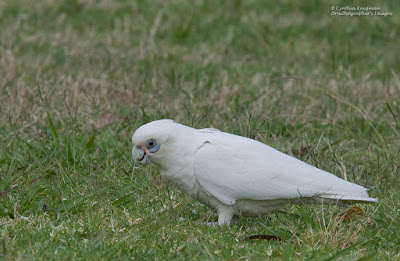 Long-billed Corella (Cacatua tenuirostris). This species looks very similar to the Little Corella except that this bird, as it name implies, has a longer upper beak and also has a pink stripe across its breast. 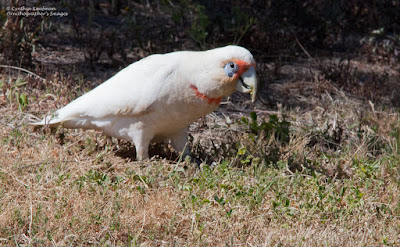 The most common member of the parrot family is the Rainbow Lorikeet (Trichoglossus moluccanus). These birds usually come in flocks and stay in the trees. Although there was a time when a few of them came down and fed on the red bottlebrush flowers right next to the cabin where we were staying in Lane Cove. 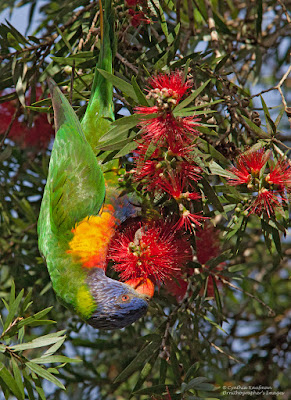 The Australian Magpie (Cracticus tibicen) is a medium-sized bird that is most often seen walking in the grassy areas of city parks. 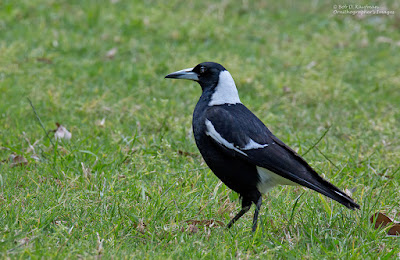 What surprised us most was the presence of quite a number of Australian White Ibises (Threskiornis moluccus). They are so used to human beings that sometimes they walk beside picnickers in the park. 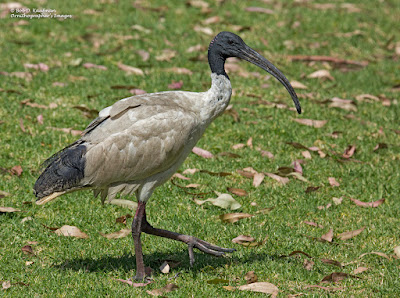 Another surprise was the Masked Lapwing (Vanellus miles). The first one we saw was when we in a car waiting for the green traffic light and we saw one of these birds right by the roadside. I quickly unpacked my camera and took a picture from the car window. Later on we discovered they were a regular resident in city parks. 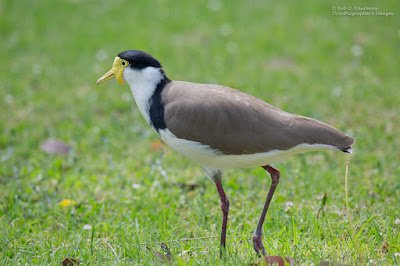 The most hated bird in Australia is perhaps the Australian Raven (Corvus coronoides). The reason I say that is because most of the times that we've seen this species it was being chased away/harassed by birds much smaller than itself. Curiously, the Raven never fought back and just flew away from its tormentor. 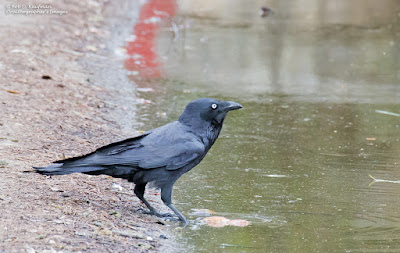 The Magpie-lark (Grallina cyanoleuca) could easily be mistaken for the Australian Magpie because it basically has the same black-and-white coloring only a bit smaller. 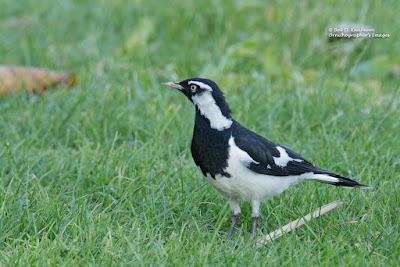 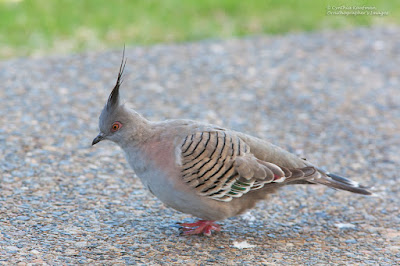 Then of course, the iconic bird of Australia, the Laughing Kookaburra (Dacelo novaeguineae). 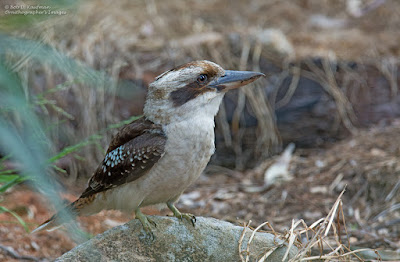 Cynthia and I were so happy to have encountered these lifers so easily. How we wished that the beautiful birds of the Philippines would be this accustomed to people knowing that they will not be hurt, captured, or killed.