U.P. to no good (but with nice ending)

Saturday, November 14, we again went to U.P. Diliman to do some birding. We had a sumptuous breakfast at Rodic's and not far from it on top of the electric posts were some Crested Mynas. 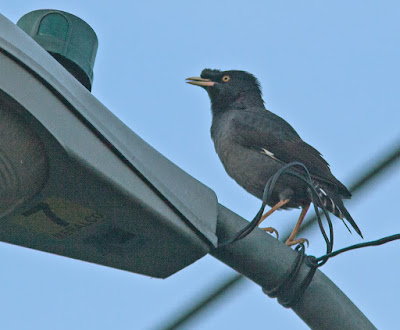 As we proceeded to the MSI, the Eastern Cattle Egrets were at their usual place near the museum. 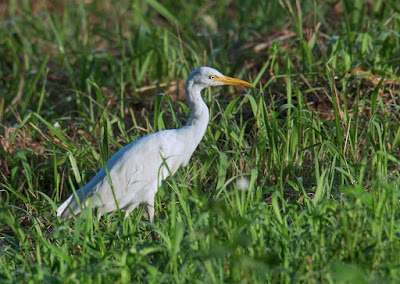 The area in front of the MSI building was a disaster! Several of the tall trees were blown down by the recent typhoon Ulysses. Perhaps it was because of this that there weren't any birds around. The yellow flowers in front of the parking lot of the Child Center were also gone and because of that the Olive-backed Sunbirds that used to enjoy the nectar decided to stay on the top branches of the bare trees instead. Which meant that they were unphotographable. From there we went to the Astronomy Dome. Along the way the Brown Shrike was more cooperative. 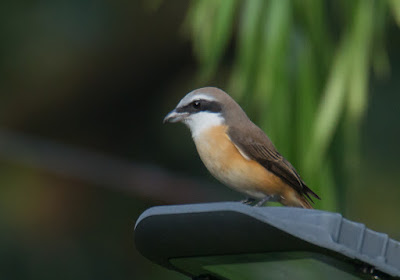 At first we thought the resident Long-tailed Shrike had gone because we didn't see it at its usual hangout. Fortunately, we spotted it in the area near the street. 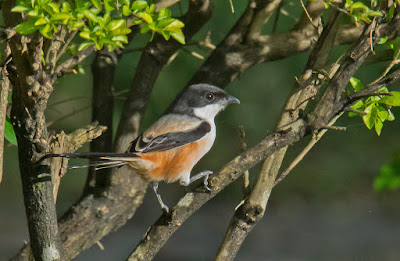 We made another round of the area and parked our car. It was then that I spotted a large brown bird on a tree branch. I took a shot at it despite being backlit and hoped I would be able to identify that mysterious bird. It was only when I was processing our photos that I found out that it was a Philippine Hawk-Cuckoo. 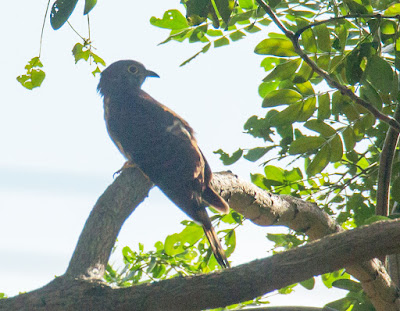 A short foray into the pond yielded a Collared Kingfisher. 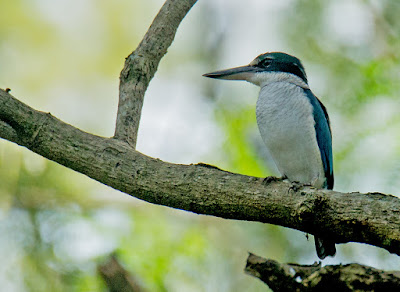 Although we saw some species today that we hadn't seen in our previous trips here, it was still a not so good birding trip for us because most of the local birds were missing. Maybe it was because of the destruction of some of the habitats caused by the typhoon.

Thankfully, our birding ended quite well. Before going home Cynthia suggested we visit her daughter in Pasig. After parking our car just outside her daughter's gate, we noticed some bird activity at a nearby tree. While my wife was spending time with Jenn and her family, I brought out my camera and started taking photos of the Lowland White-eyes. 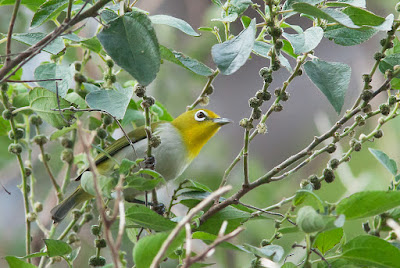 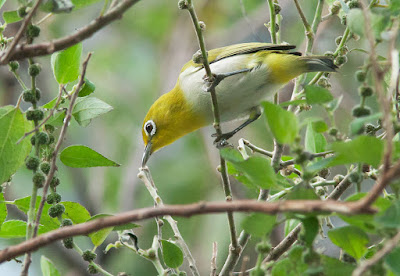 What a beautiful pictures!
If you want to see more photos of birds, I share you my blog.