It had been ages since I last used my 500mm prime lens. When I turned 70 four years ago, my aging body was already complaining everytime I hauled my camera gear to do some bird photography. So I bought the lighter Tamron 150-600 which I had been using everytime we went birding ever since.

Saturday, December 12, we planned to go to Baras. Inasmuch as birding there wouldn't involve much walking (most birds could be seen from the car), I thought, why not try using my old bazooka again. So I attached it to my old Canon 7D camera and to Baras we went.

I was still getting accustomed at using the heavy equipment so my first shots (at a Grey Wagtail) were below my standards. Our next encounter was with a pair of Pied Bush Chats, which surprisingly, were both on the road.

Paddyfield Pipits were all over the place. They were so unafraid of humans that I was able to get a full frame shot of one! 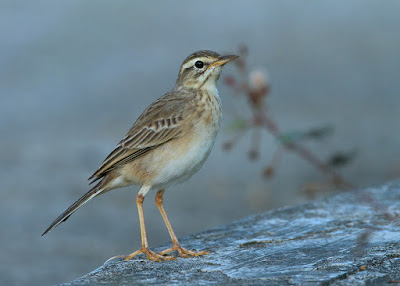 The Eastern Cattle Egrets were as usual quite plentiful. 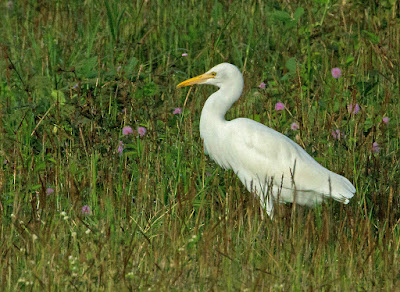 At the waterway I was hoping to see the Blue Rock Thrush but it still wasn't there. I was surprised, however, to see two Little Ringed-Plovers! 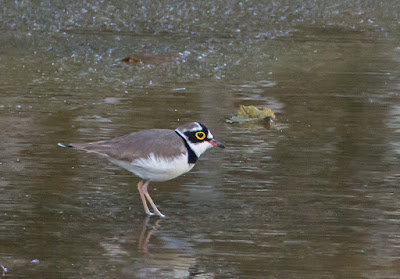 After that, there were fewer birds that we encountered. Now that I have gotten used to my heavy lens, this time I was able to get a full frame shot of the Grey Wagtail. 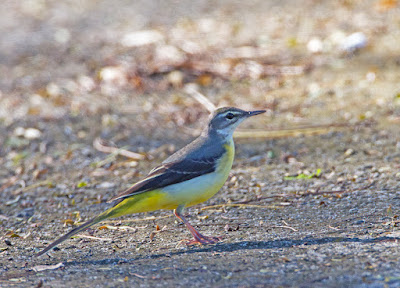 We also got better looks at the White-throated Kingfisher. 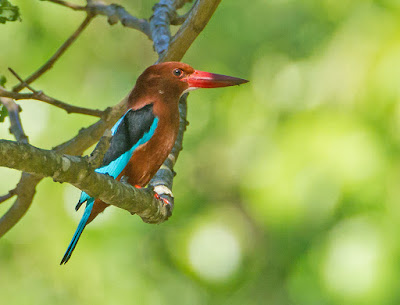 We went to the clubhouse where a flowering tree was said to attract various birds such as Philippine Hanging Parrot, Guaiabero, and Striped Rhabdornis. When we asked the photographers we met there what birds they were shooting at, they replied, "Yellow-vented Bulbuls".

As we were about to go to the other end of the waterway, we met birder friend, Chin Fernandez. He told us where to find the Philippine Cuckoo Dove, Luzon Hornbill, Philippine Hawk-eagle and Violet Cuckoo. We thanked him profusely and proceeded to the place he mentioned. Perhaps it was the time (it was already mid-morning and the weather was sweltering) that we failed to see even one of those species Chin said were there.

As we made another round, we met another birder friend, Joel Dayao. He, too, told us about the place Chin referred to. So we made another attempt and failed once again. On the way down, we bumped into Chin again. He was taking photos of the Philippine Serpent Eagle perched in full view. We, of course, joined him. 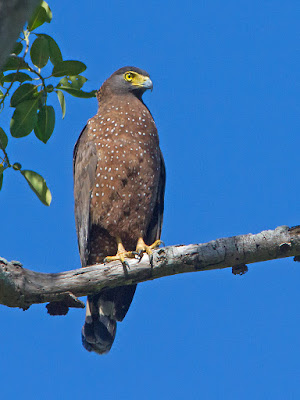 I'd say it was quite a disappointing sortie for us, missing the star birds of Baras, which had been seen and photographed by the bird photographers who had been there. Not to mention my nemesis, the elusive Striated Grassbird.

Thankfully, the Little Ringed Plovers saved the day for us.