A Reunion with Cassin's

One of the items in my "bucket list" was to visit Yosemite National Park. I have been living here in America for almost 25 years and never have I gone to one of the most famous wilderness parks in California.

My son had gone earlier with his friends and I was still hemming and hawing whether to follow or not. When he assured me and my wife that he would be getting a room for us at a nice hotel in Madera at dirt cheap rates, I no longer had an excuse.

My son, Kurt, was already out hiking when we arrived. So Cynthia and I decided to visit the local water treatment plant (which is always great for birding). As expected, there were the usual peeps and dowitchers and the most skittish ducks we ever encountered. They would spot us from half a mile away and would suddenly take off in flight. The highlight of the day was a Peregrine Falcon surveying its surroundings from the ground! 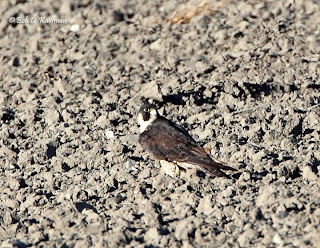 Next morning after enjoying a sumptuous (free) breakfast (this not your regular "continental" style - they really had some good stuff -scrambled eggs, bacon, sausages..), we attended the services at Calvary Chapel in Fresno. Then it was sightseeing time at Yosemite. We were awed by the majesty of HalfDome and thrilled by the beauty of Bridalveil Falls. 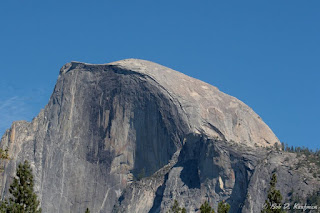 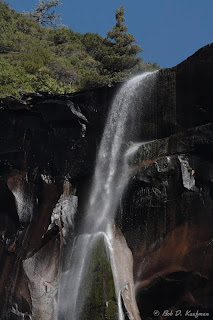 As we were leaving the site of the falls, Cynthia and Kurt both heard some chirping above us. Dodging the huge crowd of tourists, we found a place where we can scan the trees without disturbing the throng of vacationers. There were a few birds darting from branch to branch about 50 feet up in the pine trees. I managed to squeeze off a few shots and it was only when I uploaded the pictures when we got home that I realized that what we saw were some Cassin's Vireos - a welcome addition to my year list. It has been quite some time since I last saw a Cassin's and this is actually the first time I got a picture of it. Not a good one, but enough to allow for a positive ID. 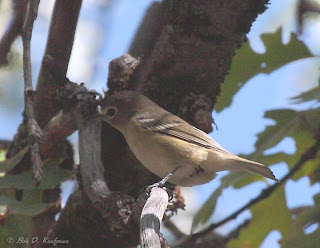 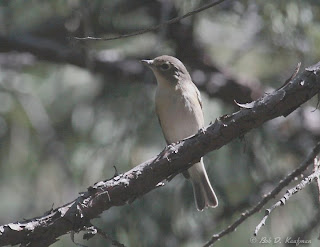 For other (more thrilling?) bird blogs and photographs, please visit:

Good that your photos for ID proved so interesting. Your trip to Yosemite sounds interesting. That was one that I missed when traveling around the western USA some years ago.

Cute little guy and I am glad you managed to id it.

Nice captures Bob. It looks like you had a great time in Yosemite. A Peregrine Falcon is always a great sight isn't it?

Wow, the landscape shots are amazing (I've never been to Yosemite, either), but that little Vireo is the star of the show. What a cutie, and what a great find!

wonderful shots of the vireo!