Life's Bean Goose To Me

Cynthia and I were so excited because our friend, Ralf Nabong, invited us to join him in looking for a Bean Goose at the Candaba marshes. First of all, the Bean Goose is an extreme rarity. As a matter of fact, this was the first recorded sighting of this species in the country. Secondly, the Candaba marsh is one of the prime birding areas in the Philippines.

Because of such a promising day, we didn't mind waking up at half past three in the morning to meet up with Ralf at his place and be able to leave at 5 am so we can be at the marsh by daybreak.

Call it luck. Call it whatever. But as soon as we entered the marsh, we immediately saw the Bean Goose! At first it was dozing peacefully among the water lilies. However, as soon as we have set-up our cameras, the goose awoke from its slumber and eyed us, not warily, but rather more curiously. 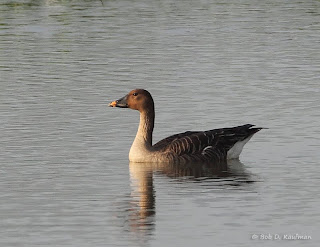 After getting over our initial thrill at photographing this rare bird, we now became aware of the bird activity around us. Striated Grassbirds and Clamorous Reed Warblers were constantly singing paeans to the early morn. 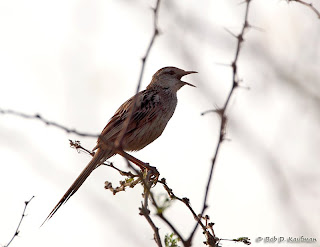 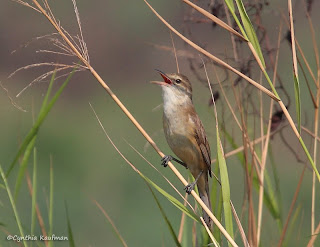 An Arctic Warbler was hunting for food. 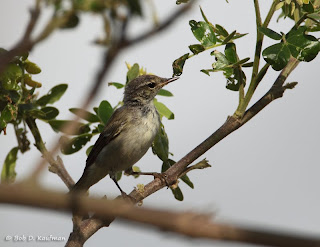 A White-browed Crake was gingerly walking on the giant lily pads. 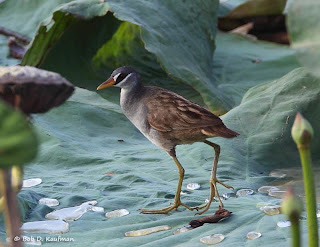 Philippine Ducks did a fly-over. 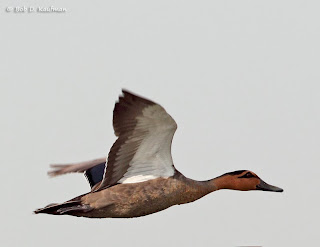 Later we concentrated on the waders. Purple Herons were flying over their nesting areas constantly while Grey Heron stood motionlessly waiting for some unwary fish to swim by. 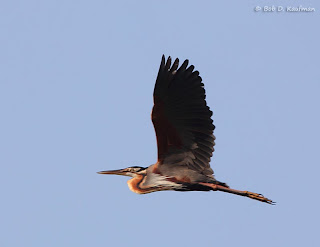 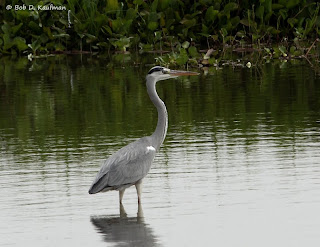 Barred Rails were unusually out in the open. 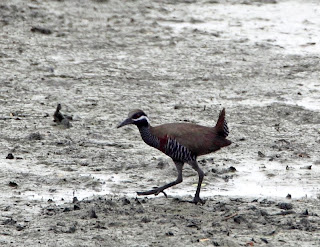 At around 11 am we decided to call it a day. It was one of the most productive half-day's birding we have ever done. Many, many thanks to Ralf for taking us to Candaba.

Now to grab some much needed sleep.

For more birding blogs and photographs, please visit:
Posted by Bob Kaufman at 10:52 AM

Ok Bob, now that you are in the Philippines, you are really making me very, very jealous. These birds would all be lifers for me!

Superb images all. My favorites are the White-browed Crake (I mean you gotta love a bird with a name like that, that also walks on lily pads), the gorgeous Philippine Duck in flight, the Purple Heron and the most unusual Barred Rail.

Wow, what a day! And, it was only a half day. You're killing me man.

That sounds like an amazing place to visit and especially nice that you saw and photographed the special Goose. Mind you - you deserved a reward for getting up at that hour!!

Oh, lucky you, to get the bean goose right away. And then you saw all the others and got great photos, too.

I agree with Larry about the crake, but I also love the photo of the warbler perched on a reed, singing.

Good job all round!

i second Larry's jealousy! Wow! Congrats on the goose...and for getting such a great shot of a rarity, awesome stuff!

All the pictures are excellent, but i really really like the crake shot - what a cool bird and composition! Great post!

Great photos and birds. Love the rail, it is not often you see a rail out in the open. The Crake is a neat looking bird. I enjoyed your post, Bob!

I'm with Larry on the *a tad envious* side :)
Lovely shots and gorgeous birds!
Love those singing little warblers :)

congratulations on the captures and surviving the Candaba heat sir!

congratulations on the photos and surviving the Candaba heat sir!