It's a mud, mud world

The first light of dawn is slowly filling up the sky. It looked like it will be another day of gray clouds and warm breezes. I was carefully maneuvering my SUV to avoid another pothole filled with muddy water from yesterdays rains. It was an exercise in futility. We were negotiating the ten-kilometer strip of unpaved road that traverses several barangays (local communities) of the towns of Macabebe and Masantol in the province of Pampanga, about sixty kilometers northwest of Manila.

We came here at the invitation of fellow Wild Bird Club of the Philippines (WBCP) member, Linda Gocon. She informed us last week while we were in Davao, that the migrants had started coming in into this marshy area close to Manila Bay. My wife and I were excited, of course, as we were sure that our life list would be augmented quite considerably by sighting some shorebirds that have traveled all the way from Siberia to spend winter here.


We didn't expect the road to be this muddy, though. We were following Linda's SUV and I could see gooey, sticky mud splattered under her vehicle and I could imagine the same thing happening to my beloved Nissan X-trail. The promise of lifers kept us going.

Soon Linda stopped and we did likewise. She got off her SUV and pointed us to the clump of trees across a wide pond. Black-crowned Night Herons roost there, she told us. Sure enough, there were hundreds of them, taking off from their perches every now and then. Cynthia and I have seen close-ups of this species in California so the sight of them did not exactly elicit a "yay!" response from us. Then we heard it. "Tut" "Tut" floating in the air like a cadence. My wife and I looked at each other and we both said "coucal!" in unison. She ran towards the source of the call while I ran back to our vehicle to retrieve (and assemble) my bulky gear. Of course as soon as I had it ready, the Coucal flew away. And of course, Cynthia already got a photo of it. 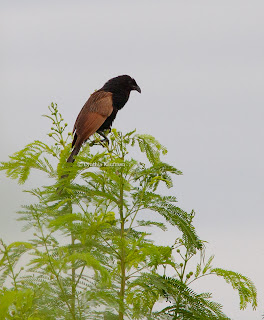 We all returned to our respective vehicles and moved on. Throughout the morning that would be our modus operandi. We would stop at the spot where migrants are usually found or whenever we see a bird that we would like to photograph. And sloshing through thick, brown mud all the way.


At our next stop we bagged our first lifer, the Little-ringed Plover. Actually I didn't know what particular species it was until we were already home and looking at our photographs and referring to Kennedy Field Guide. But at that time in Macabebe, any small plover would be a lifer for us. 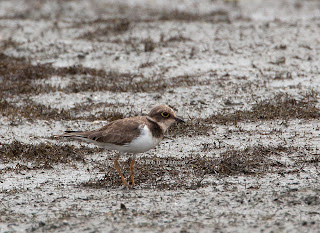 As we moved further west, the birds became more plentiful. Soon we were ticking off Black-winged Stilt and Little Grebe off our list of lifers. The mudflats were teeming with shorebirds! Common Greenshanks and Common Redshanks were side by side probing the mud for tidbits. Little Long-toed Stints were skittering with Kentish Plovers as the morning air warmed up and the humidity shot up a few notches.


A single wagtail sent Linda and myself into species analyses. Superficially and in non-breeding plumage, both Grey and Yellow Wagtails look very much alike. Initially we settled on Yellow, but when I looked at the photographs at home and noticed a small dark spot on the breast of the bird in question, I was more inclined to call it a Grey. I emailed Linda about my findings and sent her a copy of my photo. She seemed convinced but she forwarded my email to the experts just to be sure. We're still waiting for their decision. 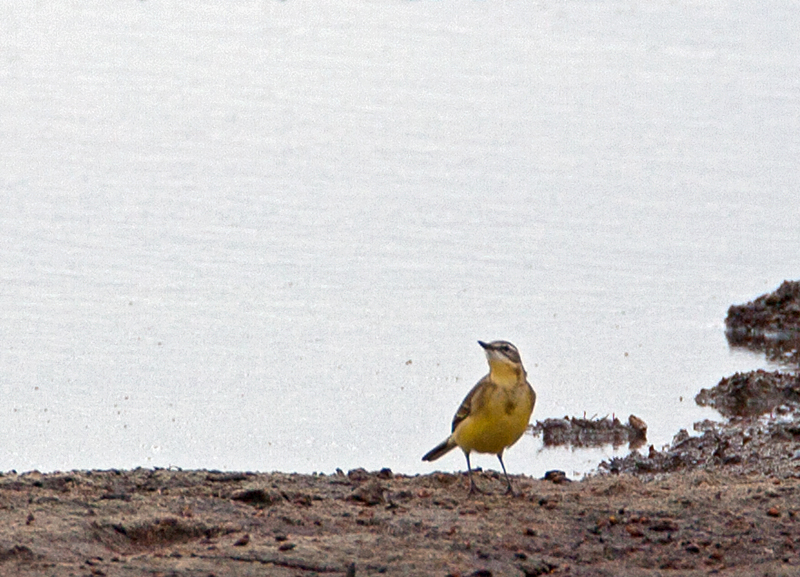 With about three more kilometers to go I saw a huge pothole ahead of us. Caution won over valor as we told Linda that this was as far as we need to go. We thanked her profusely for her kindness in showing us where to find the birds in this area and for all the lifers we had seen (we had seven, eight if the wagtail is eventually confirmed to be Grey). Linda promised to let us know when the road conditions would be much better and hopefully even more migrants would have arrived by then.

Now to have our shoes and SUV cleaned from all those mud!


For other (much cleaner?) birding blogs and photos please visit:

A great day when you can get that many new birds! There's quite a few shorebirds on that list that we don't see down here - and I would certainly enjoy seeing them!!

such a great collection of birds. :)

What's a little mud when you can see that many lifers Bob? Buck up buddy!

It sounds like you had a super birding day. I would love to have seen those birds. I must say that my favorite is the Little Grebe. What a cutey! I love Grebes and that one has beautiful markings.

What a great day out lots of birds and a bit of mud thrown in.