Ibong Adarna, or the Adarna bird is a legendary bird of the Philippines. It is believed to have a very long fancy tail, with numerous shiny metallic colors. It knows a total of seven songs that are believed to lull anyone to sleep as well as cure any type of afflictions; it changes its feathers into more colorful hues and shades after each song. Seven color changes of feathers for the seven songs... Colors were perlas (pearl), kiyas (bronze), esmaltado (emerald), dyamante (diamond), kristal (crystal), tinumbaga (gold and copper alloy), and karbungko (carbuncle /dark red garnet). After the last song, it excretes waste, then finally, sleeps with its eyes wide open. Its dung (poop) can turn any living organism into stone.

Though her song was believed to be so dangerous, any one can still nullify the curse-effect of her song , if and only if, that person wounded his palm and at the same time squeeze a calamansi/ kalamansi (a citrus fruit from the Philippines looks like a lime but just small). And by staying awake, anyone has now the chance to catch her and ask for her curing abilities of any kind of sickness.."  taken from http://www.mythicalcreaturesguide.com/page/Ibong+Adarna

Yesterday afternoon we were talking with Gigi Velasquez, owner of Grande Vista Resort Hotel. When she learned that we were bird photographers, she told us that there are many birds within their property. One of those birds, she said, was the Ibong Adarna.  We were skeptical, of course, thinking how can a mythical bird be real.

Early the following morning we were at the Grande Vista ready to take on the local avifauna and who knows, we might even encounter the legendary bird. At first, all we saw were the usual suspects - Ashy Drongos, Ashy-fronted Bulbuls, and a loud Collared Kingfisher. Then came a flock of White-bellied Munias. I still don't have a decent shot of these tiny seedeaters so I thought that that opportunity had finally come. Well, maybe a little better than before but still short of my expectations.

As I was wrestling photographically with the munias, Cynthia was staring at the tall tree, seemingly a hundred kilometers away.

"There's some movement on that tree. I think it's a bird" she assured me.

I looked through my binoculars. It's a bird alright. A Spot-throated Flameback, as a matter of fact. We've been looking for this species the past three days and failed miserably. But it was way too far for a decent photo. I fired off a few half-hearted shots and just hoped it will turn out well enough.

We meandered over to where the grove of trees were. Again it was my wife's sharp eyes that saw something big and rufous protruding out of a leafy branch. Slowly I moved closer to try to get a better position. However, it flew quietly up and that's when I realized that this bird, the Chestnut-breasted Malkoha, was the Ibong Adarna that Gigi was talking about. It's resemblance to the fabled bird was quite striking, except that this creature was completely silent.  Suddenly like any fowl of lore it disappeared from view. 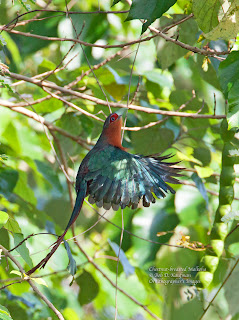 We were still recovering from the impact of this discovery when this time it was I who saw some movement on a tree branch not that far away from us. I motioned to Cynthia, who was a few meters ahead of me, to focus her attention on that particular tree. Soon we were rewarded with good views of a pair of Spot-throated Flamebacks - nearer and definitely more open than the one we saw earlier. 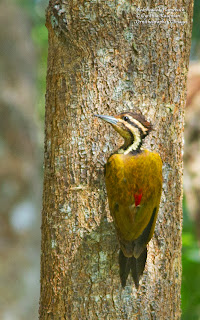 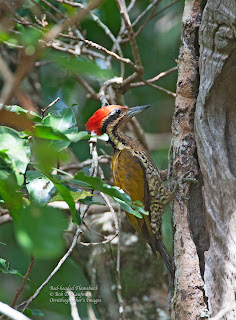 At ten in the morning we returned to the reception area and told Gigi about our encounter with the mythical Ibong Adarna in her property. She was thrilled! Soon our ride came to pick us up. We thanked our host and bade her a fond farewell. 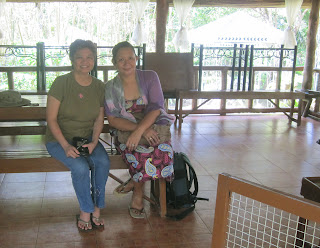 On the ride towards the place we were staying in, I asked Mark, the tricycle driver, to bring us to the boulevard instead. Now that I have my longs lens with me I wanted to take better pictures of the shore birds we saw yesterday.

As I walked towards the shallow pools of water, I noticed something different, something strange. It was a tall, grey wader. My jaw dropped to the ground and my eyes leapt out of their sockets as I realized I was gazing at a Pacific Reef Heron! (or Egret in other reference books) I was amazed for this was not the kind of habitat that this bird prefers. Looking at it closely, I noticed that there was a plastic string tied to its right ankle. The bird doesn't seem to be in trouble - it looked healthy to me - so I just hoped that it would be able to survive well on its own. 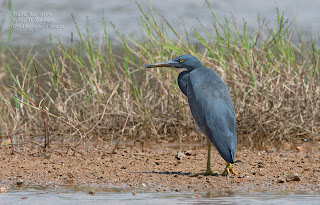 Later that afternoon, we returned to this place but the Reef Heron was gone.

"It was meant just for us" Cynthia rationalized.

"Perhaps it was a gift from the Ibong Adarna" I joked.

Nevertheless the ponds were filled with birds. This time we were joined by Maween Rios Reyes, local photographer, newbie birder, and new friend.

We stood there as we watched the lone Black-headed Gull rule the tiny kingdom while Whiskered Terns darted back and forth. Plovers - Little ringed, Greater Sand, and possibly Kentish were all over the place. 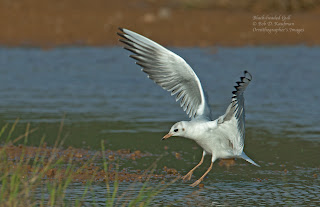 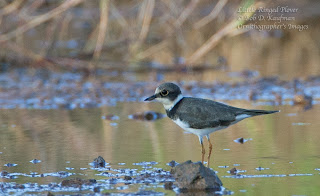 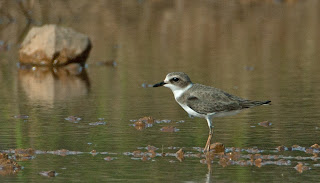 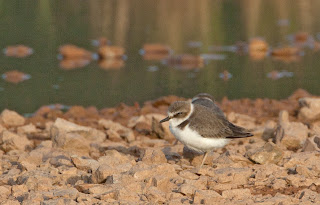 Another surprise was a group of White Wagtails mingling with the more common Yellows. 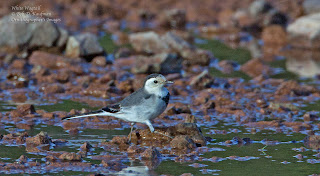 Rounding up the group were a pair of Red-necked Stints, a Grey-tailed Tattler and a single Wood Sandpiper. 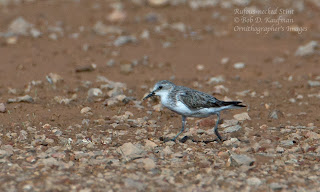 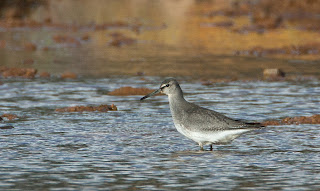 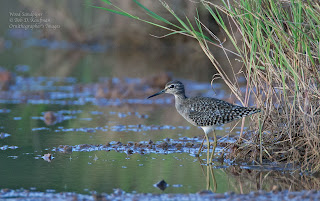 The golden hour faded into hues of red as the sun slowly sank in the horizon. We promised Maween that we'll meet up with her early tomorrow for our final day of birding. 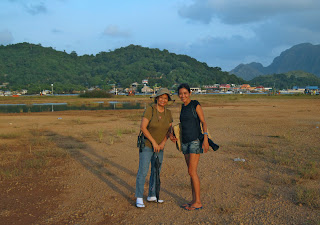 As we retired to bed that night we were thankful for the new friends we have made and the birds we saw and the incredible 5th lifer we got on our 5th day here in Coron.

WOW! Super nice your shot of the "Ibong Adarna" =) I was reading so fast to know what it really was =)