We were tired from our trek yesterday so we woke up a little late Sunday morning. We went to church at 9:30 am and then had lunch with Michelle (my daughter), her husband, Randy, and their lovely daughter, Megan. We all decided to eat at the food court at the Santa Anita Mall where we shared some Japanese food.
After lunch, Cynthia had her regular (mmmm, semi-regular) massage session. Revitalized, I'm sure she would go anywhere with me if I just asked. So I asked. And she consented. Earlier that day I read from the Orange County birding Yahoo group that a rare, (a zoo escapee) duck or, to be more precise, a Wigeon, and a native of Chile, was found at the San Joaquin Wildlife Sanctuary in Irvine. That's where I asked Cynthia to go with me.
We arrived at Irvine a little after 4 pm. Our queries led us to the San Diego Creek (it is 150 miles away from San Diego, but who am I to question the person(s) who named this tiny fluvial strip). Under the bridge, they said, is where you'll find your bird. So we went, but all we saw was a couple of inebriates enjoying their beer at the other side of the stream (thank God they are on the other side!).. but no sign of the Wigeon from Chile.
Back we went to the sanctuary where I came almost face to face with a sharp-shinned hawk. The sanctuary has a cage to quarantine birds they suspect were infected with the west nile virus. I wanted to look into this cage to see what birds are kept in there when there on top of the cage, was the hawk who had the same idea, except his was for gastronomical purposes. We stared at each other for a few moments before I realized I was holding my camera. I managed to get off a few shots before the hawk decided he had enough of this white haired human who intervened with his predatory motives. 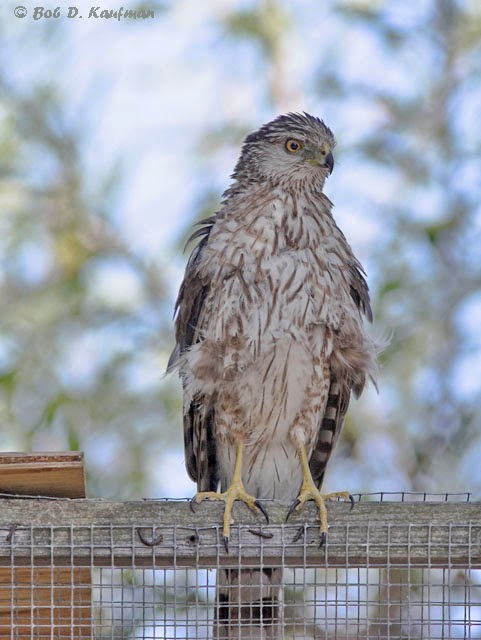 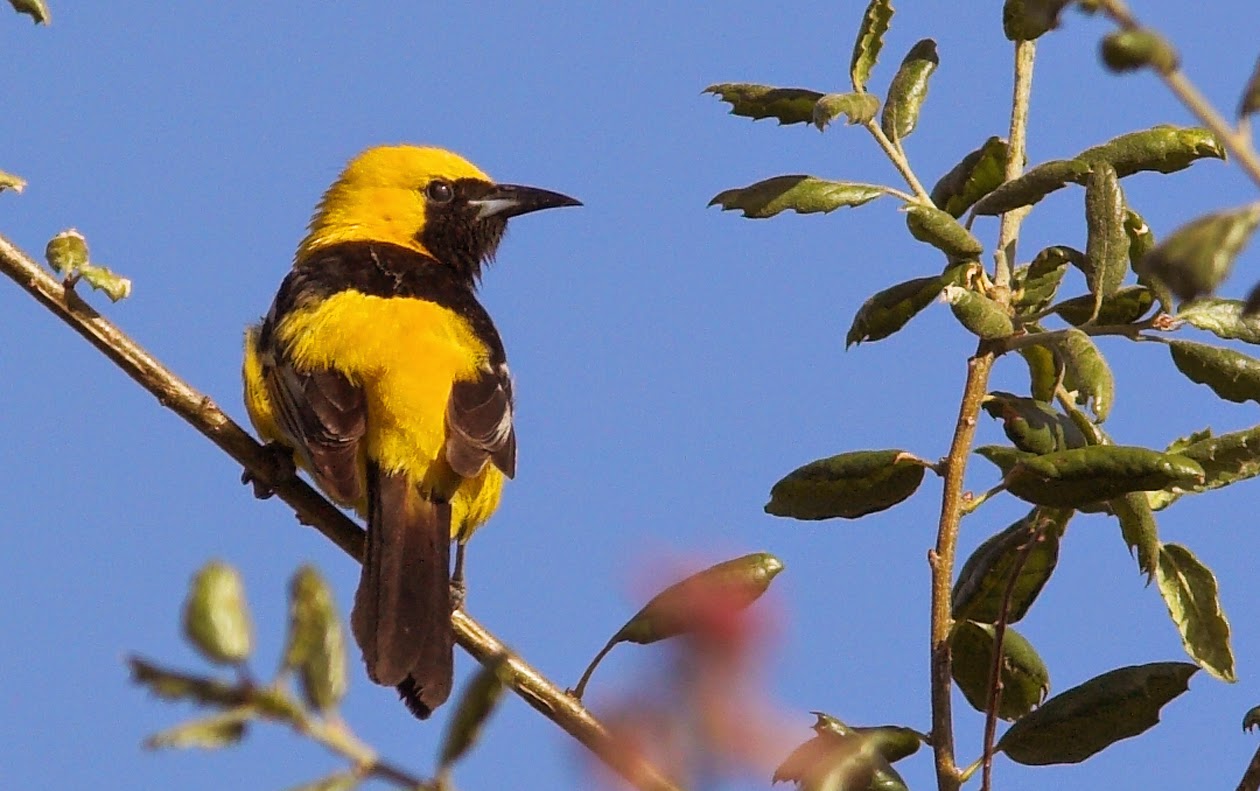 Before we realized it, it was already past 7 pm. Although the sun was still up,  we decided to call it a day. We dropped by Rubio's and took out some burritos for dinner. We showered after supper, and planned for our next adventure tomorrow.
Posted by Bob Kaufman at 4:33 PM