Up in the Mountains

July 4th - Independence Day - a holiday. While most people celebrate this day by having some outdoor barbecues and generally pigging out which would then segue into watching fireworks in the evening, we decided to go to the mountains. At first we thought about going to Santa Fe Dam Recreational Park to look for Blue Grosbeaks and Yellow-breasted Chats (am I obsessed with this two species or what. Pragmatism prevailed over obsession, however, as we figured (and correctly so) that it would be quieter (quiet = more birds can be seen) up in the mountains than in a park.

And so at around 8 am we did a Beatle's song (The long and winding road - mmmm, corny ). Well, the road was really long and winding. But first, at the onset of this journey, we had to stop by the Ranger's office to buy a Forest pass ($5 for the day). While Cynthia was buying the pass, I spotted a bird perched on a telephone wire above me. I quickly grabbed my camera and positioned to a place where the lighting was better and fired off several shots. I was grinning ear to ear when Cynthia came back and I explained to her that I just took a picture of a Brown-headed Cowbird. (Another unfortunate name but then again what right have I to question the ornithological powers-that-be?). What made me grin was that this bird is quite uncommon at this altitude. 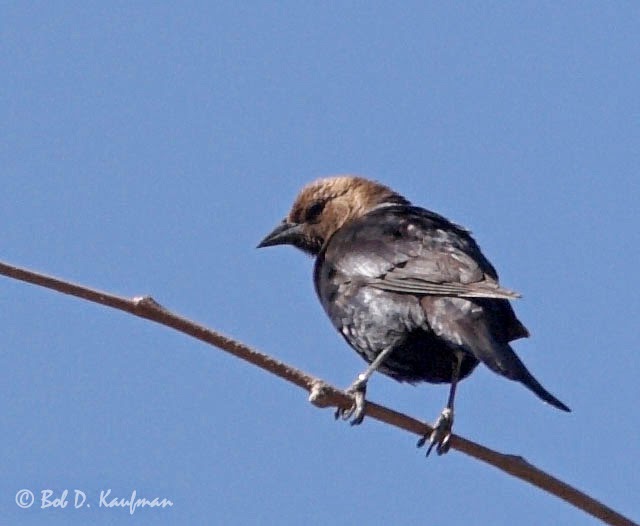 Continuing our trip, we arrived at Charlton Flats, which is anything but flat - we are a little over 5,000 feet above sea level - at around 9 am. The place was peppered by coniferous trees and teeming with birds - most of which were too quick or too high. I still managed to get some pictures although they are not as good as I had hoped they would be. All in all, it was quite a rewarding day - I had three lifers! At around noon time, the birds and our endurance dwindled. Besides, the heat is becoming unbearable -can you believe that? 5,000 feet in a mountain forest and it was hot! Why, there was even snow here just last month! Anyway, we glided down the long and winding road again and ended up in a restaurant whose name best expressed our feelings about our day - Wahoo!