From the Ocean to the Canyon 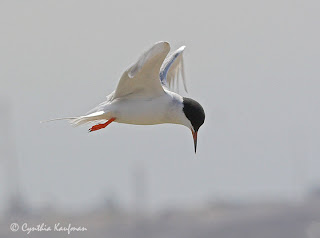 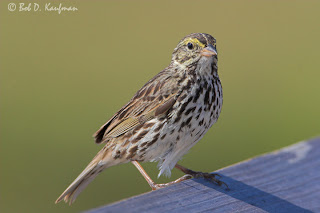 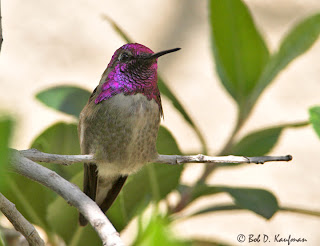 It rained the whole day Friday and cooled the weather somewhat drastically. Because of this, we woke up late on Saturday morning. The sun was shining brightly so given the lateness of the morning, we decided to go Bolsa Chica. I wanted to see shorebirds and waterbirds donning their much more colorful breeding plumages, spring being the season that they do so.

But when we got there, we saw more people than birds! It so happened that the local community were cleaning up the area in preparation for Earth Day on Sunday. We had no choice but to restrict ourselves to the boardwalk where the only birds present were terns flying overhead. And so we practiced getting flight shots which was not easy at all. The morning was saved when a Savannah Sparrow landed a few feet away from me and stayed there long enough for me to get Cynthia's attention away from the terns. A short walk later we encountered some Western Grebes and Ruddy Ducks (the only ducks left, it seemed). We took some half-hearted shots of the grebes and decided to say goodbye to Bolsa Chica.

After a quick bite at Jack-in-the-Box we returned to Eaton Canyon once again hoping to get more (and maybe better) shots of the warblers and hummingbirds. At the place where we saw the Calliopes, we came upon Jimmy Chen, a wonderful bird photographer, whom we have met before. He was shooting the Calliopes which were feeding on the white flowers. We joined in and in the course of our conversation, I asked if he has seen the Costa's Hummingbird which was also reported in the area. "Oh, they're there right behind the Nature Center." he said as if these hummers were the commonest bird in the canyon. We've been in that section three times last week but not once did we even get a glimpse of the Costa's. So, we thanked him, bade goodbye and went the opposite way from his prescribed place.

After many minutes of fruitless meanderings, we finally went to the back of the Nature Center. Jimmy was there sitting on a bench and talking shop with Kevin Kao, another bird photographer that I met here last Wednesday. As I was waving hello to them, Jimmy suddenly yelled, "There it is! There it is!" pointing to a tiny bird perched on a small branch just behind me and Cynthia. Just to be very sure, I looked at the bird through my binoculars and noticed the bright pink gorget that covered its whole head - telltale sign that it was indeed a Costas. Another very cooperative lifer for me as we (all four of us) spent probably close to an hour shooting at this magnificent creature all the while oohing and aahing as the gorget shone and sparkled everytime the sunlight hits it.

That certainly made up for the disappointing time we had at Bolsa Chica.