It was a dark, gloomy and cloudy morning but we were determined to go birding. As we drove out of our condo, I decided to stop across the bare tree just before exiting to C5. In our daily walk, we have seen birds perched on the branches of this tree, so this time I had my camera hoping to take some photos of those birds. As expected, the Coppersmith Barbets were there. But as I mentioned earlier, the weather was not favorable so only "documentary" shots were taken.

At the campus of the U.P. Diliman, our first stop, as it had always been, was the bare tree (why is it that bare trees seem to be the preferred habitat of birds these days?). Unfortunately, there weren't any this morning (perhaps due to the gloomy weather?). As a consolation I took photos of the only species present at that time - the Eurasian Tree Sparrow. 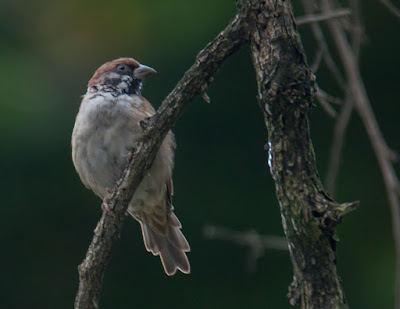 My wife and I both started gazing at the top of the bare tree hoping that some bird (other than Sparrow and the Yellow-vented Bulbul) would show up. Then I saw a tiny speck near the top. I focused my camera on it and was pleasantly surprised to find out what it was. "Philippine Hanging Parrot there!" I told Cynthia. 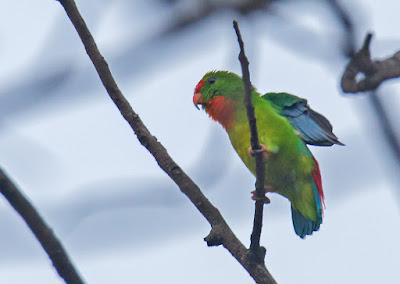 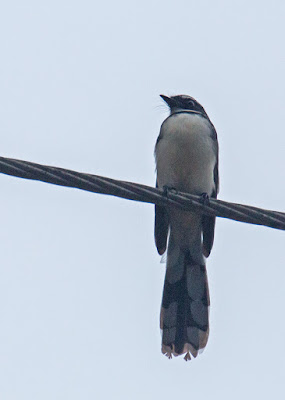 A little bit farther and partially covered was a pair of Spotted Doves. It was the first time we've seen this species here in U.P. 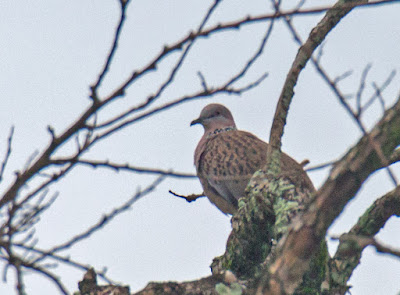 From there we proceeded to the MSI grounds. Surprisingly there were no birds there. Except for the ubiquitous Yellow-vented Bulbul. 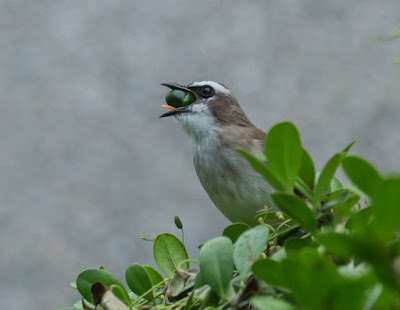 After a while a family of Philippine Magpie Robins came. However, because of the poor light and their constant movement, we couldn't get any good pictures. As we were about to leave, one of the Magpie Robins perched at the bamboo grove across the street and in better lighting conditions. 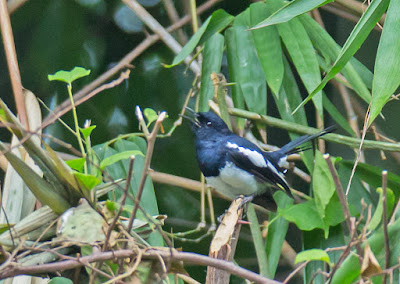 At the Astronomical grounds the Long-tailed Shrike was of course at its usual place. 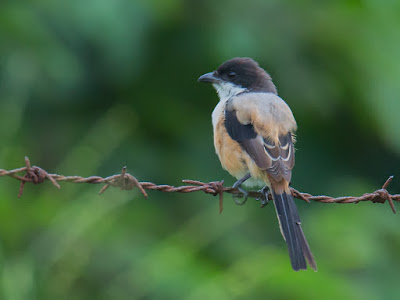 The same with the flock of Scaly-breasted Munias. 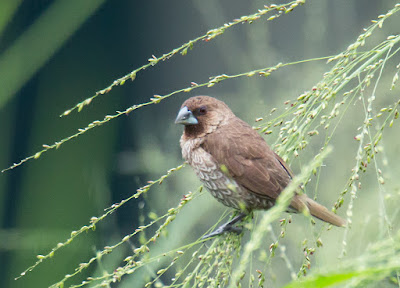 The Zebra Dove seemed to have settled in this area as well. 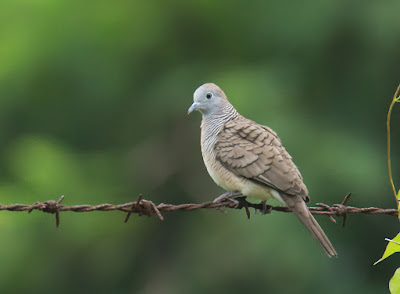 And finally the migrant Brown Shrike joined the group. 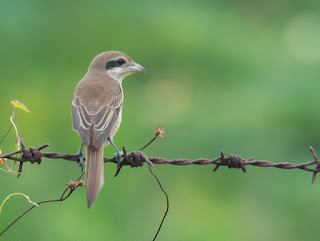 Around 8:30 am,  we felt rain drops starting to fall. Time to head back home. Despite the bad weather we still got some passable photos. It was just a matter of hanging in there.