During our daily walk around our condo grounds we are always on the look out for birds. Occasionally we would bring binoculars and sometimes our cameras. Since we saw quite a number of birds last Wednesday, on Thursday morning I decided to bring my Canon 5D3 with the Tamron 150-600 lens with me. My wife and I also hoped that the Brown Shrike would be around. Since the beginning of September, we always looked at the places where the annual migrant used to hang out the previous years. And it was still a no show.

After watching the daily morning pilgrimage of the Yellow-vented Bulbuls (for the past couple of months we have observed their daily routine where small groups would fly from South to North stopping now and then on the tree tops by the river, and we wondered why this sudden behavior), we paused by the parking lot to watch the sunrise. It was then that Cynthia heard the twittering of the shrike. We moved closer to the wall and voila! Our hoped for migrant was finally back! 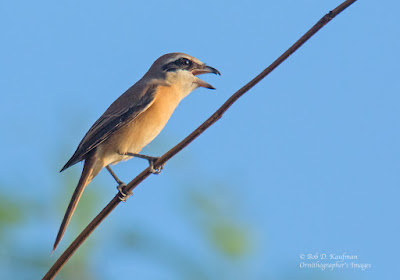 Happy that I got tons of shots of the cooperative shrike, we moved on. As expected the Yellow-vented Bulbul's "towncrier" was at its usual perch and calling loudly to its fellow "pilgrims" who were passing by. 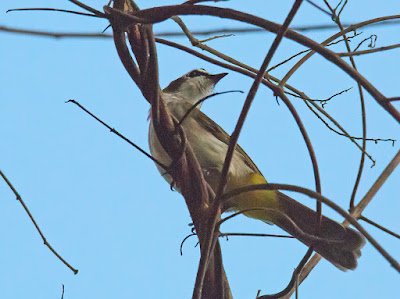 Our next target was the Philippine Pied Fantail. As we approached its usual milieu, a small flock of very active Golden-bellied Gerygones were darting all over the place. 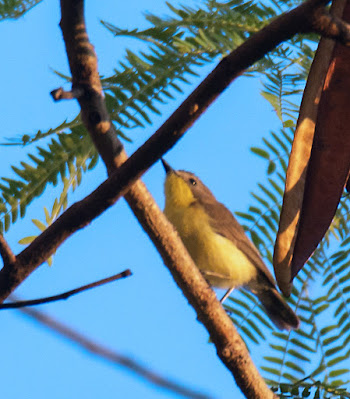 As if that wasn't enough, another flock, this time of Lowland White-eyes mingled with the Gerygones in hunting for their breakfast. 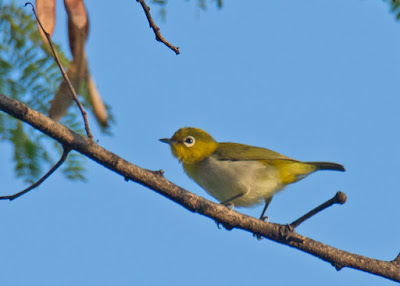 A little further down, the usual pair of Fantails showed up. 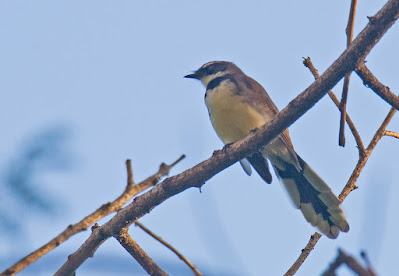 Having accomplished our goal (and even got a bonus) we walked back towards our building. Along the way, we heard a Zebra Dove calling. After some effort at trying to locate the source of the cooing, we eventually found the bird partly hidden among the leaves. 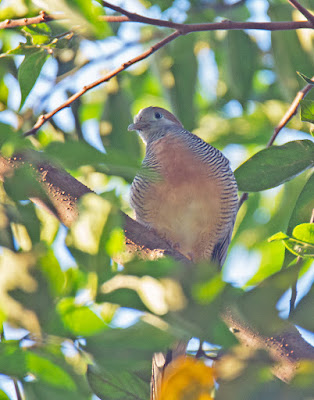 As we entered our building, I told my wife that I should at least take a photo of the very common Eurasian Tree Sparrow. Let's go the Great Lawn, she suggested, where this species is definitely a sure sighting. So we did and I got my list of local birds completed. 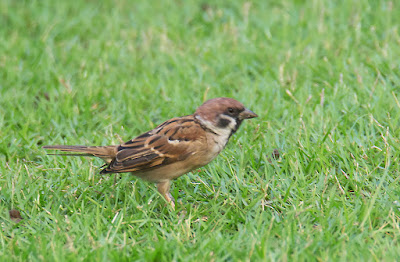