At the grounds of U.P. Diliman, my wife and I headed to the bare tree by the roadside hoping that it would host a lot of birds as it had done the previous times we visited it. To our dismay not a single bird was there! Well except for the "trash" bird, Eurasian Tree Sparrow, and technically, it was on an electric post beside the bare tree. 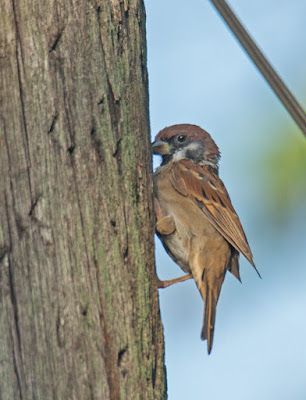 So we moved on. As we rounded a corner, we saw six Crested Mynas on the ground. Soon more came and frolicked on the trees above it. 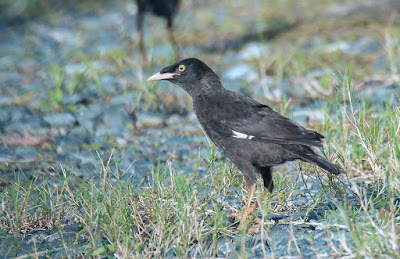 It was a little after 6 am and we could feel the warmth of the morning. Even the Mynas seemed to be feeling the heat. 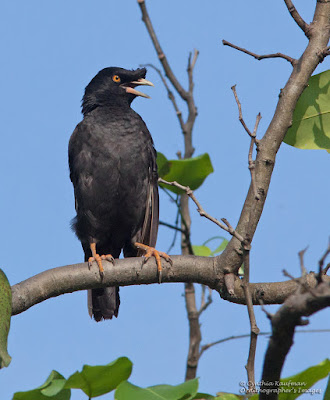 Having had our fill with the black birds, we moved to the haunt of the Long-tailed Shrike. Of course it was at its usual place. 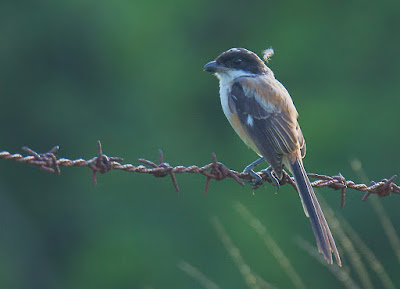 Across from it, on a building under construction, a Zebra Dove was calling. 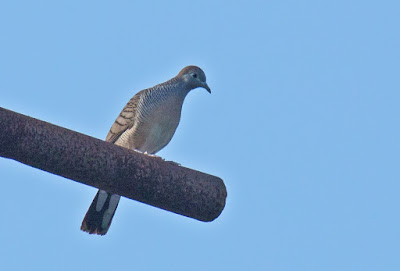 We then proceeded to where the Scaly-breasted Munias hang out. Of course, they were there. The usual small flock was at first on a small tree then went on to feed on the tall grass beneath. Cynthia and I both agreed that we should visit the MSI grounds. Along the way, I spotted a Collared Kingfisher perched on an unusual place...the soccer grounds! Strange since there wasn't any body of water nearby. 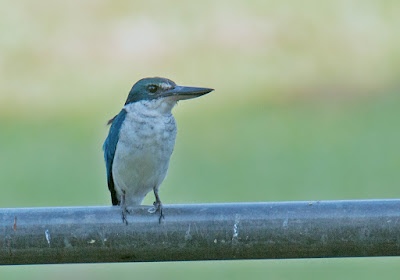 MSI was a disappointment. The Black-naped Orioles and Coppersmith Barbets were calling but never came into view. Some Golden-bellied Gerygones came by and I managed to get a documentary shot. 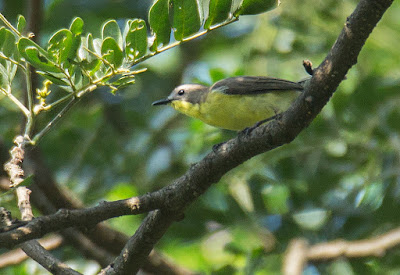 Of course, I had an obligatory shot at the Yellow-vented Bulbul. 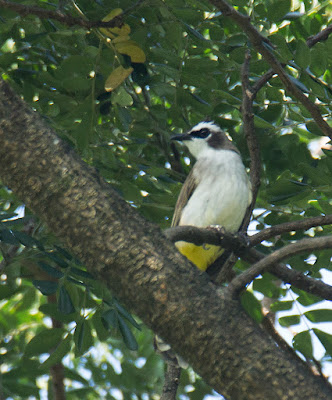 Thankfully, a Philippine Pygmy Woodpecker was nice enough to hunt for food in full view. 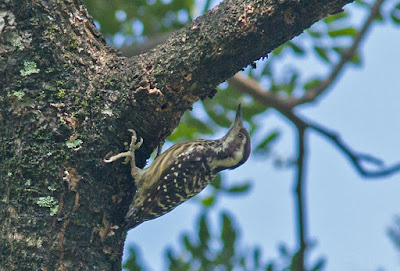 Unlike our previous trips here, we didn't see a lot of birds this time. Perhaps it was the sweltering heat that caused the sparsity of avian species. Were it not for the M & Ms (Mynas and Munias) our sortie would have been a bit of a disappointment.