Spending Saturday mornings birding at U.P. Diliman had become sort of a routine for us. With the ongoing quarantine, that is the only place where we seniors are allowed to go to.

As we headed to our first stop, I saw a pair of Crested Mynas on the ground. I parked the car, took out our gear (which was still packed in their respective bags) only to find out that the black birds had flown away. From there we proceeded to our regular first stop - the bare tree along the road. There some Black-naped Orioles were calling to each other. 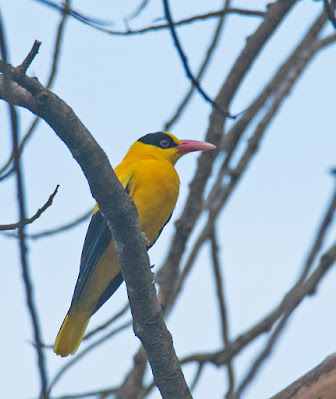 A pair of Philippine Pygmy Woodpeckers were busily looking for food. 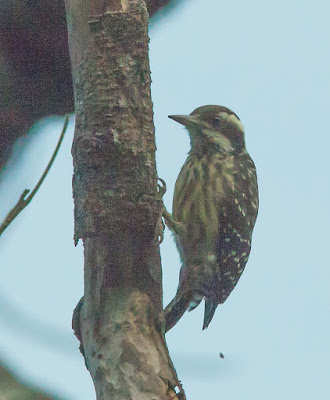 Other than those two species, there were no other birds at the tree. Across from it though was a Collared Kingfisher perched on an electric wire. 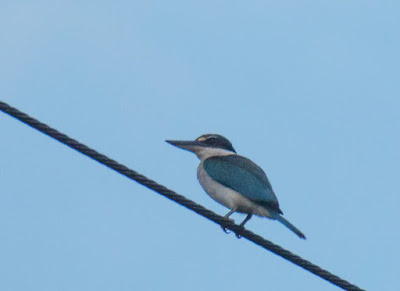 From there we went to the MSI grounds. There we were greeted by a family of Philippine Magpie-Robins frolicking on the trees. 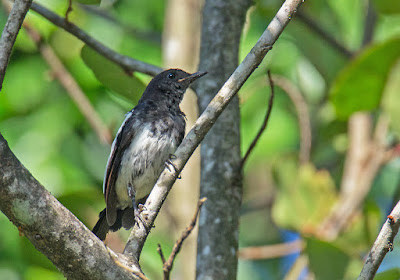 Then a Pied Triller showed up with food in mouth even. 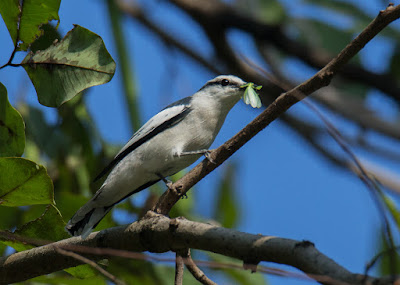 A female Olive-backed Sunbird surprisingly was on a branch and not on the flowering shrubs. 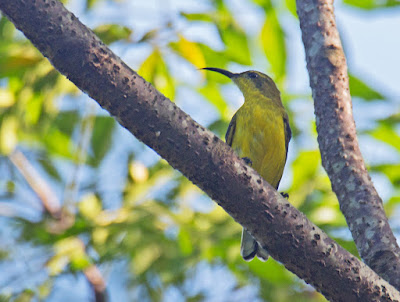 At the Astrodome, we couldn't believe that the Long-tailed Shrike and the Zebra Dove were not at their usual hangouts. Thankfully, the Scaly-breasted Munias were there, although a bit farther than usual. 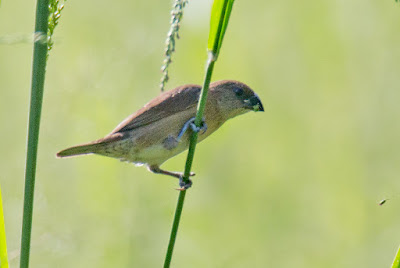 A Brown Shrike was way up on top of a tree basking in the morning sun. 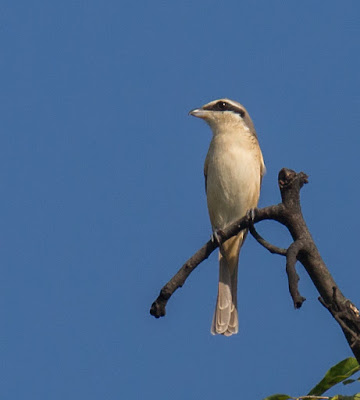 As we were about to get in our car, I saw the Long-tailed Shrike. 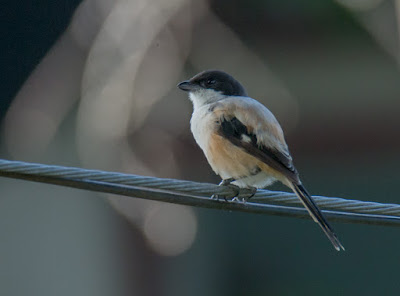 We were already driving off when a Zebra Dove flew from the ground and perched on a fence. At last we got its photo taken while we were inside our car. 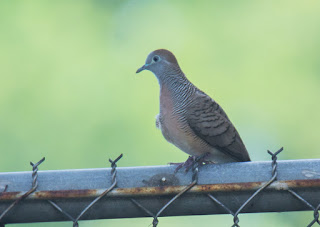 It was another fruitful birding day at U.P. Diliman. We got most of the birds we expected to photograph, minus the Mynas.