The day that I photographed the Brush Cuckoo, my wife and I paid a visit to the Ninoy Aquino Park and Wildlife Area with the hope of seeing and maybe even photographing the Dollarbird that had been seen there several times already.
We dipped. Despite staking out the place where it had been observed regularly for more than an hour, we dipped. Surprisingly, the place was not birdy at all. The bitterns and waterhens that usually inhabit the lake were conspicuously missing.
But then there were the swallows. Early arriving migrants, Pacific Swallows were zooming above the lake waters hunting for tiny flying insects. Occasionally, one or two would rest on the wires nearby, offering easy photo opportunities. Which we hastily took advantage of, naturally. 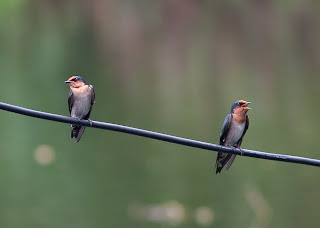 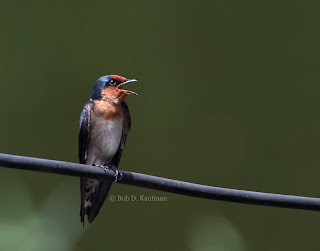 so colorful this swallow is. A real beauty. :)